The City's Director of Operations Richard Pucci brought some drone footage with him to Monday's City Council Session, adding a video overview to his report on the progress for a number of major projects currently in varying levels of progress.
Among the success stories for the Operations Director is the near completed status of the Woodworh Lake Dam, edging ever closer to that Mission accomplished moment, currently listed at 98% complete.
"The Dam structure is basically complete, final mechanical work is in progress, decommissioning of the old  Dam is in in progress and we are just waiting for the reservoir to rebound and we're hoping within the next month or so to be turning on the taps there" 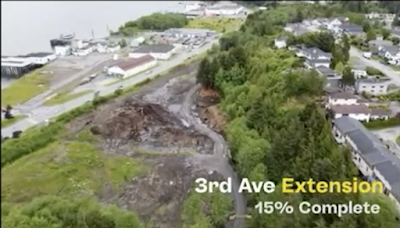 Other themes of note from his presentation, included the work on the Third Avenue Extension project which Mr. Pucci noted was at 15 percent complete.
"The Geo technical investigation is complete, the site is clear for display for potential developers and the Road is currently on hold right now until we have a development confirmed for the site" 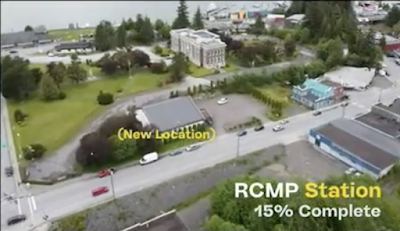 The RCMP Detachment is listed as fifteen percent complete with some activity to be seen on the site in the weeks ahead.
"The hazardous assessment has been completed, no presence of asbestos or lead paint.Demolition of the former Kingdom Hall is to start within the next two weeks hopefully"
Three items are noted as 100 percent complete, the Eat Street Project at Third Avenue East and Seventh Street, the City's Recycling program and the New Landfill Cell, to that initiative the Operations Director noted that the city was awaiting for the DOCP to be authorized by the Ministry. 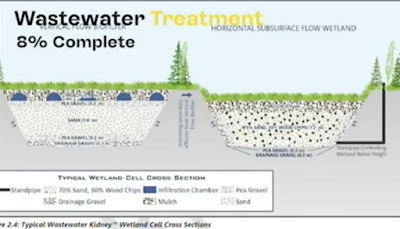 Another of the high profile infrastructure works is the innovative Wastewater solution that the Operations Director has identified for the community.
"Sewer treatment program eight percent complete, so thirty percent of design drawings are complete. And the pilot program is approved to proceed. We have FCM funding for one part of it the other current grant in with the province and tonight we'll be asking for a second grant application"
We outlined the scope of that wastewater project earlier today, which you can review here.
Other notes for Council included updates on the Waterfront project, Submarine line project, Water Treatment proposal and the SCADA Communication project.
The full checklist for the Major Projects Update for June looks as follows. 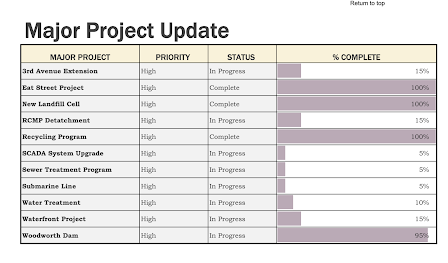 Of the eleven items listed in the report, Council members only had one question from the list, that from Councillor Cunningham who sought some further background on the SCADA project.
In reply Mr. Pucci outlined the tentative timeline for that work and that of the submarine line plans.
"So the communication system is under review right now with the RFP's but we've got the tower locations established and then we will go for another RFP to build those towers.
The submarine line we've got RFPs back and their under review with our engineering department now as well as our project management team. We hope to award within the next couple of meetings with Council.
You can review  his full report to Council from our preview piece of Monday.
Mr. Pucci's presentation and slide show is available through the City's Video Archive starting at the four minute mark.

A look at past items related to he Major Projects can be found from our archive page here.
Further notes from Monday's Council Session can be reviewed from our Council Timeline Feature.
Posted by . at 3:24 PM