A request from the Port Edward Harbour Authority for a letter of support towards those mariners who use the Fairview docks was well received by City Council on Monday night, with the City's councillors quickly approving a motion to provide the requested letter.

The Harbour Authority has been making the rounds over the last month or so in advocacy for the Fairview dock users, making their call for comments and letters to a number of organizations.

And as we outlined yesterday that request was recently responded to by North Coast Regional District, with the PEHA outlining the situation in a letter to that organization. 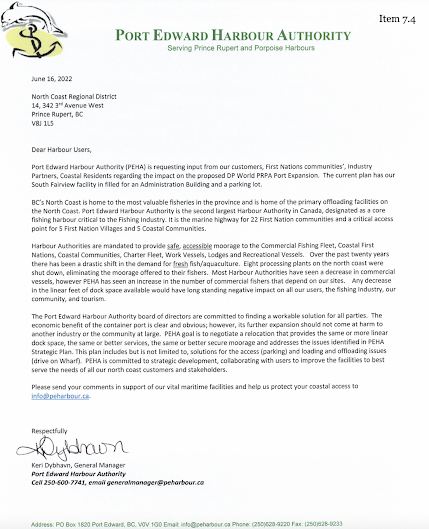 Monday night it was a chance for the city's councillors to share their thoughts on the situation and two members of the collective provided for some potential content for the letter to come.

The City's Corporate Administrator Rosa Miller provided for the introduction of the request, highlighting the Port Edward Harbour Authority work on the issue with the Prince Rupert Port Authority and DP World.

"The Port Edward Harbour Authority is in negotiations with PRPA and DP World to find a workable solution that will provide a compromise that allows for PRPA expansion to proceed, as well as the reconfiguration of Fairview Number Two docks.

The Port Edward Harbour Authority Board of Directors has set out minimum requirements for the relocation including; same or better linear feet of dock, same or better amount of services offered on the dock, accessibly such as Parking and to resolve the loading and unloading issues which is a drive on  floating wharf.

There's no doubt that the container port is an economic driver in our area, however expansion should not come at the cost of another industry.

The Port Edward Harbour Authority is looking for a letter of support that acknowledges the importance of the fishing industry to our communities and to Canada."

From that overview, Mayor Brain then turned the floor over to the Council members. 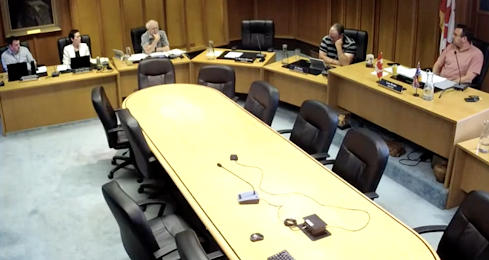 Councillor Barry Cunningham who has spoken out on the issue in the past, was the first to share his thoughts on how he views the Port's and DP world's expansion plans and the impact it has on the fishing industry.

"All I would like to say is that I think when we do send this letter it should be strongly worded that we're in support of Port Ed Harbour Authority.

The Southern Fairview docks are the docks for a lot of the active fishing vessels now. Including the draggers, the large seiners, there's no place else in town to tie up and their running out of space in Port Ed.

And the fact that the Port is acting a bit of a bully mood and just saying we're going to do this, you know it's an administration building and a parking lot they can put it anywhere. It's not that important that it has to be there"

The Councillor also recounted the pat importance of the fishery for Prince Rupert and advocated for improvements to what is in place at Fairview.

"I think considering the history of this town with the fishing and everything else and this is the last bastion of fishing vessels in this town in that area. If anything that should be improved  down there to a down ramp to drive on and off for nets, baiting and everything else. Now some of these boats have to run all the way around to Port Edward to load a net and things like this.

You know, Prince Rupert at one time the halibut capital of the world and now slowly the fishing fleet is being decimated and also pushed out And I really think we should let the Port know we support this in many ways and it's also a lot of jobs.

You know this administration and parking lot, you know it's already existing they just want to continue on with their march and I think we should definitely say something in a very strongly worded letter not only to the Port but to the Minister of Transportation, this has got to end" 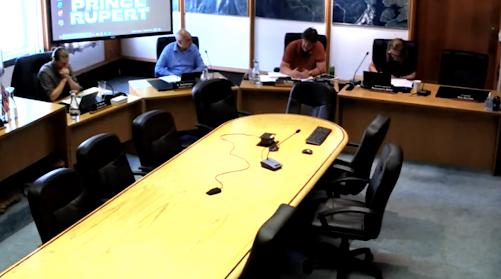 Councillor Nick Adey followed up looking to the historical nature of the importance of the fishing industry in the community.

"I would just like to focus particularly on the value of the fishing industry to Prince Rupert historically as well as in the current era and I agree that we need to do whatever we can to maintain it as viable enterprise. Or at the very least to mitigate against doing things that unfairly, or arbitrarily make things more difficult for them.

If you look at harbours you know up and down the coast and around the world. Some of them are impressively busy places and I think that there is a way to do this.

Council then approved the motion to forward the correspondence.

A look at the DP World/Port plans can be reviewed here, while the launch of the Port Edward Harbour Authority's advocacy work for the Fairview vessel owners was outlined earlier this spring.

A look at more of the themes from Monday's Council Session can be found through our Council Timeline Feature.