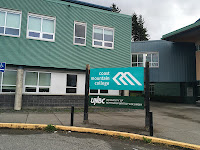 The topic of campus housing for the satellite campus locations for Coast Mountain College is making some news this week, that as College officials make note of their ongoing plans for housing in Smithers and Prince Rupert.

The update on their plans came through an item with Black Press on Monday the main item of note that outlines that the College has requested funding from the Ministry of Advanced Education and Skills training towards building student residences in both communities.

How that request will be received by the province could be impacted by the delivery of funding recently for the larger Terrace campus, where as we outlined in the fall of 2021 housing was recently expanded.

The need for campus housing in Prince Rupert is particularly urgent, with the community currently in the midst of a severe rental crunch and a good portion of the local campus student population made up of International students or those from other communities in BC and Canada who come to town perhaps somewhat unaware of the housing challenges found here.

Since it appears that the ongoing recruitment of International students is part of the Coast Mountain Blueprint for the region,  providing a solution for local housing in Prince Rupert should be a major concern for college and cvic officials, along with local MLA Jennifer Rice.

We made note of the ongoing challenges for out of town students in May this year, noting that there had not been much progress on the file in recent years.

The last official update on the prospect of Campus housing in Prince Rupert came in the Spring of 2021 when now former Communications Director Sarah Zimmerman updated the College's position on housing for both Smithers and Prince Rupert.

"While we have housing in Prince Rupert and Smithers in our 5-year capital plan, and as a request for funding from the Provincial government, we do not have any projects or funding to announce in either of those communities. That said, we continue to look explore opportunities in both those communities." -- Sarah Zimmerman, Coast Mountain College March 2021

The latest update of this week would seem to indicate that not much has changed since the Spring of 2021 with the funding request still in for consideration and seemingly no word received from the province as of yet.

The quest for Student housing has occasionally caught the interest of Prince Rupert City Council, going back to the days of the Jack Mussallem mayoralty and more recently as part of the City's engagement on housing themes as part of their Vision planning and Official Community Plan work. 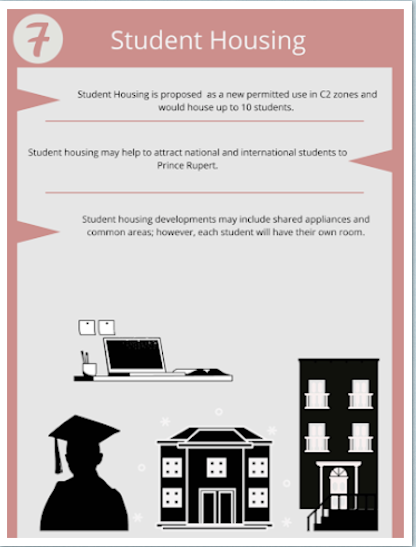 The Monday story from Black Press (which you can read here) did not indicate any timeline from the college towards when they hope to hear further from the Province about their chances to access the funding required.

It does note that so far the college has not determined where they might want to build a housing facility if the funding for one was approved.