More campus housing for BC Universities and Colleges, still no indication of any plans for Prince Rupert's Coast Mountain College campus 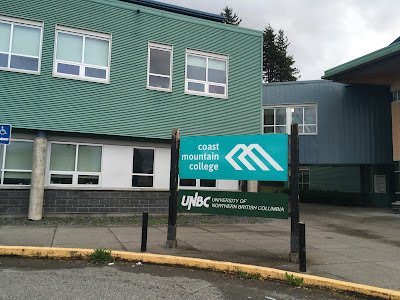 The provincial government has hailed it's latest move to address the housing situation for students at BC's Universities and Colleges, with an announcement last week that noted the addition of 398 new beds for students at the University of the Fraser Valley in Abbotsford.

The information statement from Friday noting of the volume of housing set to be provided for close to 600 students with the accommodation expansion plans for the Abbotsford campus.

As part of the celebration of more housing for students in the Fraser Valley, the government provided an updated tally sheet of sorts towards their student housing achievements to date. 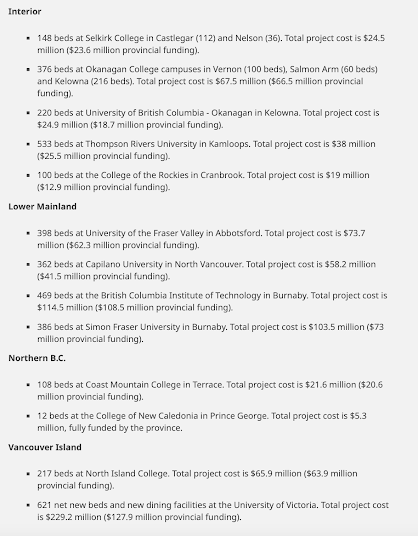 Those with sharp eyes will note of the inclusion of Terrace on that list, with Coast Mountain College having added 108 beds in a 21 million dollar project.

Absent from the listings of housing accommodation however is the Prince Rupert Campus, with the hopes for some form of campus housing to be available in the city still somewhat of a long term plan it would seem.

It's been a topic of conversation as far back as the days of Jack Mussallem who first made some noise on the issue of housing for students at the Prince Rupert campus making it a topic of note eight years ago, in June of 2014.

However, as we last noted during the celebrations for the Terrace housing October,  there is no indication that any housing is on the horizon for this community anytime soon.

The last official comment from college officials coming in March of 2021.

"While we have housing in Prince Rupert and Smithers in our 5-year capital plan, and as a request for funding from the Provincial government, we do not have any projects or funding to announce in either of those communities. That said, we continue to look explore opportunities in both those communities." -- Sarah Zimmerman, Coast Mountain College March 2021

Considering the volume of students that attend studies in Prince Rupert from surrounding villages, as well as from across Canada and increasingly of late each year by way of International students, having some kind of housing available should become somewhat of a priority for municipal and provincial representatives in the city, as well as for college officials at the main campus in Terrace.

In recent years, the need for campus housing in Prince Rupert has rarely come up for discussion at City Council and MLA Jennifer Rice has not made it much of a talking point for her Legislature appearances nor on her social media feed.

The topic of Student housing was part of the city's Official Community plan work in 2021, so it may be time for an update from the Council members as to what progress if any has been made. 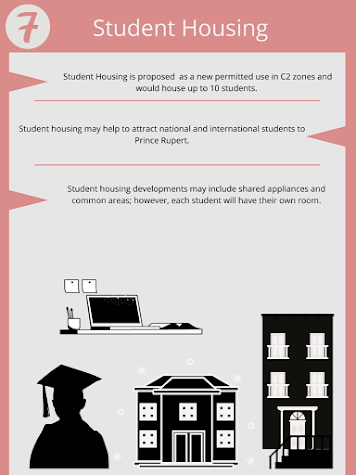 What seems pretty obvious and adds to there urgency of the situation in Prince Rupert is the reality that if there was some campus accommodation available, it might serve to help reduce some of the current pressures on affordable housing in the community,

The lack of housing  may also become a factor in attracting future students, some of whom may start making their post secondary decisions based on which institution offers the best option for a positive campus experience and a place to call home at the end of the night.

More notes from the Legislature can be reviewed here.

A look at items of interest from Coast Mountain College can be explored here.