North Coast MLA Jennifer Rice among many noting Observation of the International Day Against Homophobia, Transphobia, and Biphobia 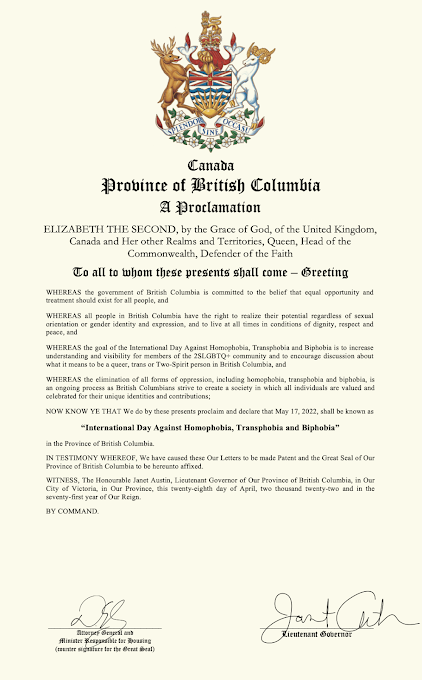 Politicians at both the Federal and provincial level are making note of an International Day to advance the right and freedoms of all in the LGBTQ+ community, with the Province of British Columbia among those to recognize International Day Against Homophobia, Transphobia, and Biphobia.

The British Columbia observation of the day started with a statement from Premier John Horgan through Social Media. 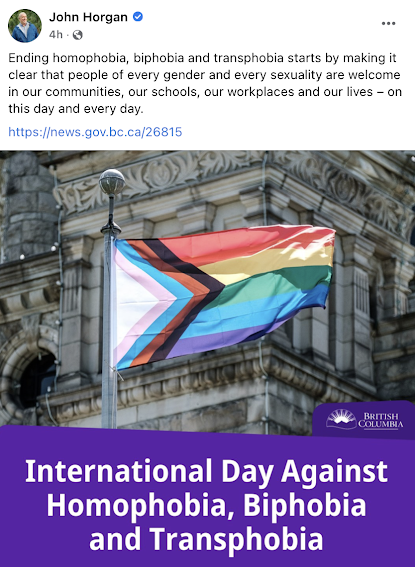 Also providing some background to the work of the province on the issue was Grace Lore, Parliamentary Secretary for Gender Equity, who provided this statement earlier today.

North Coast MLA Jennifer Rice has noted the occasion and reconfirmed her resolve to standing up against prejudice and discrimination through her Social Media Feed. 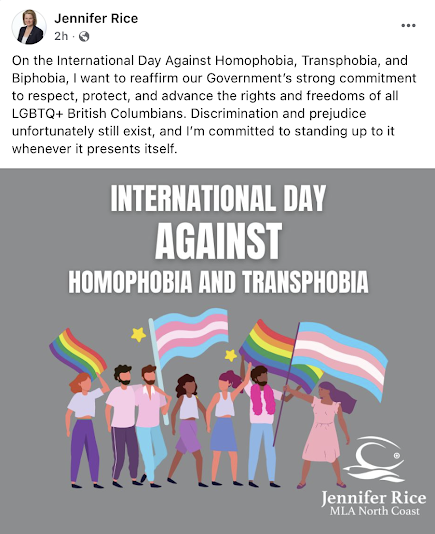 The Federal Government has also provided a statement that calls for the end of discrimination and violence on LGBTQ2I persons, with Minster of Foreign Affairs Melanie Joly noting on how May 17th offers an opportunity for unity.

“May 17 is a day on which we unite to help end discrimination and violence against LGBTQ2I persons and remember that all people—without exception—are born free and equal in dignity and rights.”

The Day of observation out of Victoria included a Proclamation from the Government, which you can explore further at the top of this page.

More notes on the Legislature can be found from our archive page.