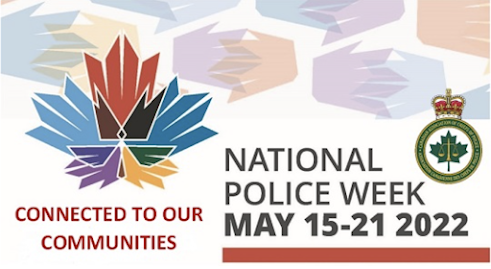 All this week across Canada, many communities have been saluting those on the front lines of law enforcement, offering thanks for what a times can be a thankless job, that appreciation of their work coming as part of the observance of National Police Week.

It's an event that the provincial government made note of this week, with Public Safety Minister Mike Farnworth noting of the work of those in law enforcement in keeping communities safe and responding to a wide range of calls for assistance.

A few of his comments can be found below:

“Day in and day out, police work hard in communities throughout British Columbia to keep our communities, homes and roads safe by preventing crime and responding to a variety of calls for service.

The police have often been the first to flag issues our communities are facing, such as prolific offenders, and they show exemplary compassion and patience as they interact with people who may have acute mental-health needs.

I ask British Columbians to join me in recognizing the brave people serving in police departments throughout our province. Policing is a difficult job, and I’m grateful to our officers for putting their lives on the line for the safety and security of our communities. And we are grateful to their families, who serve by their side.

Our government believes every British Columbian has the right to feel safe, and I thank the police and police leadership for all they do to help us keep our communities secure.”

The Ministers full commentary on National Police Week can be reviewed here. 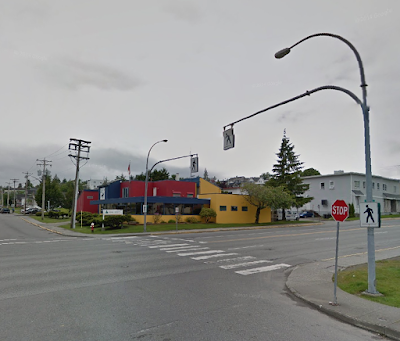 Locally, the Prince Rupert detachment has highlighted one of their own members, noting not only of the work of Constable Brody Hemrich's on the streets of the city as a General Duty Investigator as well as part of the media relations team at the detachment, but also hailing the scope of his embrace of the community, through volunteer work, as well as part of the Prince Rupert Rampage hockey club.

A post to the local detachment website notes of his arrival in the city in January of 2021 and how he quickly took up some additional duties outside of policing to help out youth in the city.

"As soon as I got to Prince Rupert I knew that I wanted to involve myself in the community somehow. In the past sports has always been an outlet for me where I could connect to people and luckily I had a friend who used to play for the Rampage and connected me with them. From the first time I stepped on the ice with the team I felt a connection, my first game was a surreal experience. I had never seen a community rally around a team so passionately, it made me so happy and proud to be representing Prince Rupert. I’m excited to see what the next couple of years bring while I’m in Prince Rupert. Go Rampage!"  -- Prince Rupert City detachment Constable Brody Hemrich.

The full profile can be reviewed here.

National Police week was first celebrated in 1970, this years week long salute to law enforcement personnel continues through until Sunday.

More notes on the work of Emergency Responders in the Northwest can be explored from our archive page.