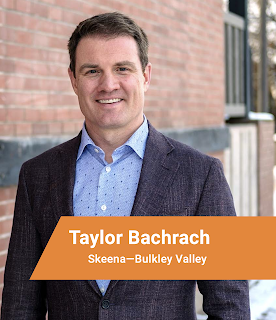 With the topic of what at least smells to many city residents like an expanding grow op situation in the downtown core, the Member of Parliament for the region has taken to his Social Media stream with some thoughts on the current issue of concern in Prince Rupert this week.

Skeena-Bulkley Valley MP Taylor Bachrach communicated with his constituents through his Facebook feed on Thursday to outline how he views the situation that has raised the ire of many residents of the community and seemingly left City of Prince Rupert officials with their hands tied towards any kind of control of the situation.

In his short overview, the MP makes note of those frustrations from his constituents,  but doesn't really offer anything that would be a solution to the problem for them at the moment. 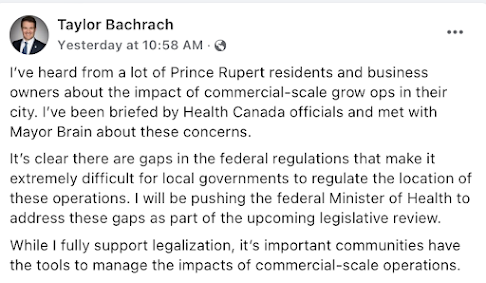 As we noted earlier in the week, the last time that the Grow Op situation was raised at City Council, Mayor Lee Brain had noted of his and Council's frustrations, observing at the time of the federal legislation that has made for a challenge for the City to work towards a solution.
While the topic has been one that has caught significant attention in the last two weeks, Council members did not return to the issue at their Council Session this past Monday evening.
Though it could be topic in June, should the proposed public Council session with the incoming Officer in Charge of the city's RCMP detachment ever come to pass.
More notes on the work of Mr. Bachrach can be reviewed from our House of Commons archive here.
While the day to day workings of City. Council and the City of Prince Rupert is explored through our Council Discussion archive page.