North Coast MLA Jennifer Rice doesn't seem too inclined to weigh in on the growing controversy over the NDP governments plans to spend over 800 million dollars for a new Royal BC Museum, with Ms. Rice one of a number of NDP MLA's who directed the Vancouver Sun to a statement from Jagrup Brar to serve as her comment to the topic.

Over the weekend, the Vancouver Sun, polled all of the MLA's on the Government side of the Legislature, and for her contribution to the discussion, Ms. Rice offered up the following note: 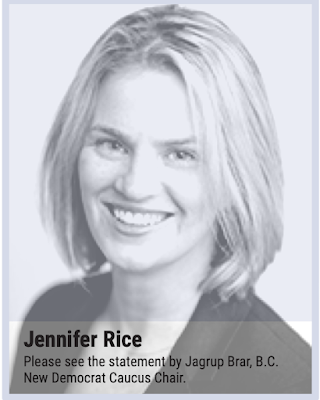 She was one of many MLA's who chose to let the Caucus chair speak for them on the topic.

A few of the Cabinet members did however share some of their own themes for the topic:

Among them Premier Horgan, Minister Melanie Mark who is steering the project and Stikine MLA and Municipal Affairs Minister Nathan Cullen. 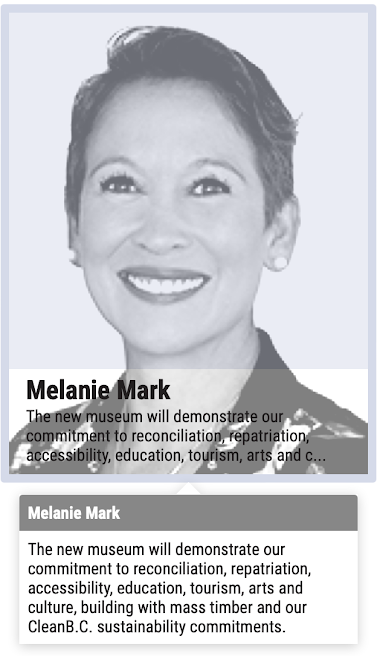 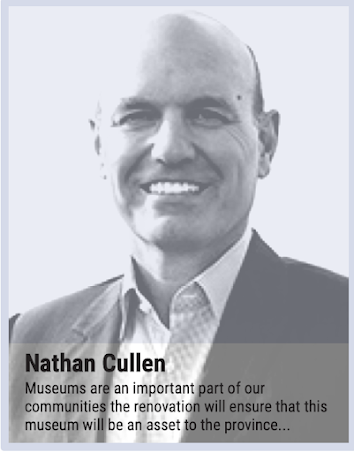 As we noted last week, the topic of the proposed new Museum build has made for an ongoing narrative for the Opposition parties, with the BC Liberals in particular making use of it both provincially and at the local constituency level, highlighting for residents in each riding how that 800 million or Billion (depending on which party is doing the talking) could go towards other and in their minds, more immediate and urgent uses.
So far, the North Coast MLA's approach for the Vancouver Sun has mirrored that of her approach for the constituency; with Ms. Rice providing  no contributions to her social media streams to reflect the Museum announcement or the commentary of the opposition.
More notes on the Legislature can be explored here.