With final permit amendments delivered by the BC Oil and Gas Commission over the last two months, proponents of a small scale LNG facility near Port Edward are now ready to start putting some shovels in the ground and digging.

With plans not far off now to move forward with the building of the Port Edward LNG terminal on a 37 acre site just off Highway 16 adjacent to the BC Hydro site on the outskirts of the District and City of Prince Rupert.

The footprint of the processing facility itself will take up 22 of the acres, split almost equally by the operating plant and the container storage parking lot.

Once in operation, the facility will have enough capacity to to generate 300,000 tonnes of LNG per year, with plans to ship the product through containers to be shipped through Prince Rupert Port faciliities. 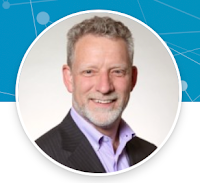 In an interview with the Journal of Commerce by Construct Connect, Chris Hilliard, President of Port Edward LNG noted that the 350 million dollar project would have a two year timeline towards construction, with hopes of the first shipment lf liquid natural gas anticipated for the summer of 2024.

Mr. Hilliard notes how the project hopes to use local labour whenever possible, but will still require industry experts from elsewhere towards some of the complex areas of building such a facility.

The supply of gas comes through the Pacific Northern Gas Pipeline that already exists along the highway corridor. The company also has plans to support training programs in the community to help local workers gain the qualifications for specialized tasks at the facility.

The anticipated life of the terminal facility is to be as much as 30 years in duration.

The full interview with more background on the project can be reviewed here.

You can refresh your memory on the scope of the project from the Port Edward LNG project website.

More items of interest related to the project can be reviewed from our archive page.