Introduction time for the newest Black Press reporter for the Northwest 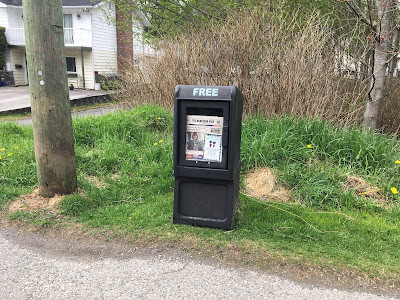 Prince Rupert residents have been introduced to the newest of reporters to work the news desk for the North Coast, with Kaitlyn Bailey providing for an online snapshot of her recent arrival with Black Press.

The newest journalist for the region outlines the scope of her work as part the Local Journalism initiative, the Federally program which provides partial funding to organizations like Black Press to boost their coverage for areas that are underserved by media.

As part of her introduction, she notes that she will be covering items of interest from the North Coast from Smithers, which perhaps provides a glimpse at the new vision of how they will approach local news at Black Press.

Those who follow the local news service's website may have noticed a bit of a more regional approach adopted in recent months, something which seems to have evolved with the 2021 arrival of Mary Kemmis the new Vice-President of the BC North Division for Black Press.

Of late, more and more stories from different areas of the northwest have gained prominent placement on the websites for the Terrace Standard, Smithers Interior News, Kitimat's Northern Sentinel and here in Prince Rupert at the Northern View.

Ms. Bailey's arrival on the scene has also rejuvenated the Haida Gwaii Observer, which had been all but abandoned in the last year and a bit and suddenly has recently seen a number of local stories posted to the portal from the Islands.

You can review how the newest Black Press reporter views her plans for the news beat here.

Prior to the arrival of Ms. Bailey to Black Press, the most recent hire the news service celebrated under the Local Journalism Initiative was that of Norman Galimski.

He arrived in town in August of 2021 and departed in April of this year, his work focused mostly on the Prince Rupert area.

More items of interest on the media in the Northwest can be reviewed here.