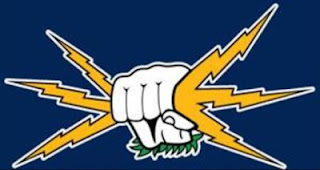 Terrace's Caledonia High School was the venue for some high tempo basketball over the weekend as three Northwest Schools looked to punch their ticket on to the Provincials in March.

The NorthWest Zones saw Smithers Secondary Gryphons, Caledonia Keromodes and Charles Hays Rainmakers on the court for two days of hoops and when the final whistle sounded Saturday afternoon it would be the Gryphons who had advanced for the provincial finals in Langley.

The Rainmakers time in Terrace delivered a second place finish as the team battled illness and injuries, along with a Smithers team that peaked at just the right time.

The weekend started out well for the Makers, who claimed a 53-34 victory over host Caledonia in Game Number One, Carly Cochrane received player of the game honours from the icebreaker of the Zones tournament.

Game Two came a short two hours later, when the Charles Hays squad took on Smithers with the Gryphons claiming their first victory on the weekend, edging out the Makers by a score of 59-48, with Ruby Mason named player of the game for the Charles Hays side.

High Scorers in Game Two for CHSS were Ruby Mason with 24 points, Carly Cochrane with 8 and Chantae Helin with 7 points.

Saturday morning saw the Senior Girls back on the court at 10AM and they gained their entry to the Zones Final with another victory over the Kermodes, topping the Terrace school 45-32. The Rainmakers Chantae Helin was selected as player of the game in that contest.

Ruby Mason again set the pace for the Rainmakers in Game Three with 14 points, followed closely by Chantae Helin with 12.

The final game for the Charles Hays season came at 2 PM as a reduced roster of Rainmakers came up on the short end of a shortened contest, with Smithers claiming a 64-29 victory.

With the Charles Hays down to three available players on the court owing to illness, injury and foul troubles, head coach Anna Ashley called a halt to the contest early into the final quarter.

Mason and Helin again accounted for the bulk of the reduced lineups scoring, with 12 and 8 points respectively in the final game.

As part of the Zones presentations, Carly Cochrane and Ruby Mason were both named to the tournament All Star Team.

The unfortunate and untimely string of illness and injury may have dashed the Senior Girls hopes for a trip to Langley, but what should not be lost on Rainmaker fans is the success of a regular season, which saw the Rainmaker Girls put together a strong team approach, one which clearly was able to handle much in the way of adversity along the way, as well as to secure a number of victories through the course of their travels.

Head Coach Anna Ashley made note of her pride in their resilience through the weekend as they left all that they had to offer to the Zones on the Caledonia court.

Smithers will head for Langley later this month as the Bulkley Valley squad looks to bring the Provincial banner to the Northwest.

Charles Hays Junior Girls will also be in Langley at the end of the month for their Provincial quest, with their first match up  set for February 28th, when they take on North Surrey, we'll take a wider look at that tournament next week.

To return to the most recent blog posting of the day, click here.
Posted by . at 9:45 AM