The Charles Hays Senior Boys Basketball Rainmakers are Langley bound once again, with a pair of impressive victories on the weekend helping them turn towards the travel plans for March.

The Northwest Zones were held at the Charles Hays Gymnasium on Friday and Saturday, with the Rainmakers playing host to Mount Elizabeth from Kitimat and Smithers Secondary at the season ending regional finale.

The action opened up with Smithers and Mount Elizabeth taking to the court, with the Gryphons getting the best of a 72-56 victory over the Kitimat squad.

Game Number two on Friday brought the Rainmakers to the court for the first time on the weekend, and the Number three ranked team in the province provided for some strong play to cement that status, taking the play to the Smithers team, knocking them off by a final of 94 to 31.

The Saturday opener found the Smithers and Kitimat teams back in action, with a berth in the final on the line and from a loss on Friday, the Mount Elizabeth team regrouped nicely holding off the Smithers group in the waning minutes of the game, topping the Gryphons 58 to 47.

The afternoon brought the Zones Final and the Rainmakers would prove to be a challenge that the Mount Elizabeth players could not overcome, with Charles Hays claiming the Zones banner with a final score of 88 to 20

The five players named to the Zones All Start Team included:

Named as MVP from the Zones competition was Rainmaker Liam McChesney 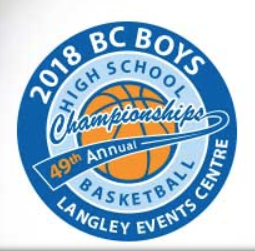 Coaches Mel and Ryan Bishop will be keeping the Maker's sharp over the next few weeks, looking to keep their momentum strong and making for their planning for tournament time when they head for the Langley Events Centre and the AA Provincial Tournament set for March 7-10.

Hoops fans on the North Coast can check out what some of the competition may be like through Howard Tsumura's Varsity Letters blog, it is the definitive source of all things basketball when it comes to the game at the high school and university level in British Columbia.

We will preview the Rainakers in Langley in the week to come, including notes on the Bracket Draw which will provide for their first opponent when the first tip takes place on March 7th.

Hopes for a Junior Rainmaker's Provincial championship were knocked sideways by Mother nature, as we outlined on the blog on Friday, the ever changing weather situation in Vancouver on Friday left the Rainmakers stranded in the Northwest.

As the flight cancellations on the YPR board piled up as fast as the snow on the ground in Vancouver, there was no way for Kevin Sawka's team to make it to Langley in time for their Saturday morning tip off, with the team having to withdraw from the competition.

The Junior Girls will hopefully have better luck with Mother Nature this week when they make their trip to Langley for the Junior Girls championships set for Wednesday through Saturday.

The Rainmaker Girls will launch their quest for the finals with a qualification match up on Wednesday morning at 9AM against North Surrey.

More of our items of note on the Rainmakers can be found on our archive page.


To return to the most recent blog posting of the day, click here.
Posted by . at 11:03 AM