Peter Witherly, Prince Rupert's Man of Music, passes away at 72 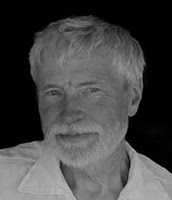 The news of the passing of Peter Witherly spread across the city and beyond quickly over the weekend, with many sharing their thoughts and remembrances of a life well lived through social media.

Since word first began to circulate Saturday, a growing list of North coast residents past and present mourned his passing, yet celebrated the life of a long time community fixture in the regions musical and education circles.

Mr. Witherly, who passed away peacefully Friday evening after a battle with pancreatic cancer, was the heart of music in the community, a long time educator with School District 52, he was also one of the guiding forces behind the city's community band and Rotary Community choir, as well as numerous local groups.

It was through the tireless efforts of Mr. Witherly and a core group of local volunteers and music lovers that the twin groups continued to function and grow over the years, bringing new energy to both during periods where the programs had started to suffer from participant fatigue.

Arriving in Prince Rupert in 1971, the popular music instructor with School District 52 would shape the sound of many events in the city for the decades to follow, developing and nurturing a love of music for countless students, all while shaping a music program and helping to develop the facilities to ensure that music remained a passion for the school system in the city.

He was also well known as the guiding hand to many of the Soundtracks of Prince Rupert, from his long tenure with countless high school musical productions, to local theatre projects that brought out the best of his and the Prince Rupert performance community's many talents.

His ongoing contributions to music in the community through the years would fill a collection of song books of Prince Rupert events and milestones, included in them some challenging musical scores such as Les Miserables.

One event, among the many that stand out, came in the Spring of 2015, with Witherly providing for the composition of an original score to celebrate the City's 100th birthday celebrations.

That production hosted by the City's Lester Centre was part of the May Homecoming celebrations of  that year, making for the signature finale to the 100th Birthday celebrations.

A few years ago, the community showed their appreciation for all that he had brought to the arts over the years, when the new music studio at Charles Hays Secondary opened,  the facility christened with the name of the Peter Witherly Studio. 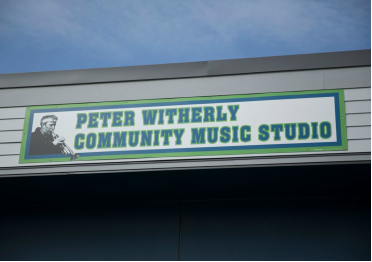 His is a legacy that continues to this day, with another graduating class of Charles Hays students set to take their talents off to other communities, grounded in the commitment to music that was shaped by a foundation that Peter Witherly gave to the community through his years in Prince Rupert.

For a community that has established a long lasting love affair with the arts, the music will continue to go on, that thanks to his watchful stewardship over the years.

The conductor himself may now be watching from the farthest of wings, his ear no doubt at the ready to catch some signature notes from the band, the joyful sounds a testimony to his impact on the local music collective.

A glimpse into some of his many contributions to the music scene on the North Coast can be found from this historical look at the Prince Rupert Community Band.

There will be no funeral service as per his request, however there are plans in motion for a community tribute to his life, one which will feature the music of many of those that shared his love of the arts on the North Coast.


For more remembrances from local media related to his passing, as well as other items of note related to community events in Prince Rupert see our archive page here.

To return to the most recent blog posting of the day, click here.
Posted by . at 9:02 AM

Email ThisBlogThis!Share to TwitterShare to FacebookShare to Pinterest
Labels: Passing of Peter Witherly