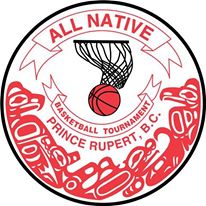 After a full week of high energy basketball, and a schedule of games that provided for close contests and dominating performances, the 59th Annual All Native Basketball Tournament is ready for Showcase Saturday.

The Four Divisions have delivered for the final eight competitors at this years event, with returning champions set to battle challengers in two divisions and new champions for to be delivered for sure in two others.

Action gets underway at 1PM with the Women's final, the final whistle for the 2018 tournament will come later this evening evening when the Seniors take to the court.

With a pair of final semi finals playing out in the morning to complete the final eight, the final match ups for Championship Saturday are as follows.

The Haisla from Kitamaat are the winners of the Women's Division of the 2018 All Native Basketball Tournament.

Kitkatla claims the Championship for the 2018 edition of the All Native Basketball Tournament.

For those that don't have tickets to the four finals, CFNR will be streaming the games live on their website

For more items related to the 2018 edition of the Annual All Native Tournament see our archive page here.