Mounties may be known for their Scarlet Red Dress uniforms, but when it comes to the construction of their new Prince Rupert detachment, the focus will be on Green themes, with the plans for the new police facility in the city to have a Net Zero approach to green house gases.

That was one of the items of note to come from a presentation from the City's Financial Officer Corinne Bomben on Monday night.

With the CFO providing for an extensive overview for council as to how the city will go about approaching the process of seeking out a potential 25 million dollar loan towards the new build that will be constructed on land purchased by the city in 2020.

The new home for the RCMP in Prince Rupert to be located at the corner of McBride and Third Avenue East adjacent to the Provincial Court House. 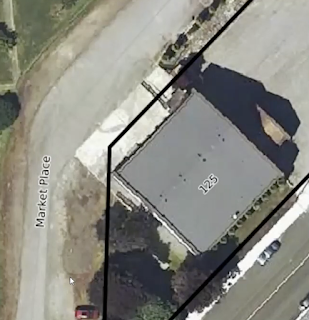 The Loan Authorization would be for up to 25 Million dollars, with annual repayment per year of 1.2 million which may require a tax increase of 1 percent should the full 25 million dollar loan be required.  The CFO also noted that the repayment funding benefitted from  the allocation of new tax revenue received by the city in the last few years.

"This loan bylaw before Council is to authorize up  to 25 million in borrowing for a period of up to 30 years,  the estimated annual repayments are 1.2 million and may require a 1 percent tax increase should the full 25 million dollar loan be required.  The majority of the annual repayment has been covered through the allocation of new tax revenues the city received when two new industrial projects were built in 2019 and 2020. Thankfully, these taxes were set aside, otherwise the tax increase for this loan would have been nearly 7 percent' -- City of Prince Ruper CFO Corinne Bomben
Ms Bomben also highlighted the plans to emphasize a green nature for the new facility, which will include measures to reduce Green House Gas Emissions once it is completed. She observed how the city will also be pursuing grants towards the facility that are available during the construction window for the project.
Following the CFO's presentation, the council members weighed in with a few questions on the nature of the Detachment build, starting with Councillor Cunningham reviewing how long the process of moving forward on the detachment has taken, as well as how the RCMP has the option to build one on their own and send the city the bill, should the city not move forward on the project.
"One thing that maybe we should point out to the public, if we don't go ahead and build this, the RCMP can build it themselves and just give us the bill. You know, like this is something some people don't realize and it's been in the works for the last five ten years, maybe fifteen years and it's something that hasn't been dealt with and now we've got to deal with it. So one way or the other it's going to be built and this way we have control over building it, versus them just deciding to do whatever they want to do and giving us the bill" -- Councillor Barry Cunningham
The Mayor for his part also noted of the lengthy process towards the plans for the new facility.
"It's a mandated process that we have to do, it's been I think been roughly fifteen years this process has been in consideration,  location has always been an issue, us being able to secure that now"
Mr. Brain also returned to some of the financials on the project, recounting some of the details that Ms. Bomben had shared previous, observing that the potential for a 1 tax increase would only be in place should the city reach full contingency on the project.
Councillor Nick Adey, who while supportive of the concept of a Green Build for the new facility, did ask if there would be two versions of the building for council to compare prior to a decision.
One with the Green elements in place; the other without the net zero environmental themes, that in order to provide for the best cost for the building to that 25 million dollar mark and noting of the pressures of the budget for the structure.
"Would there be a point in this process, I'm assuming maybe as a result of the Engineering and Design phase where we would be presented  with assess ... or a choice to make, in terms of let's go for it, incorporating all of those features, which you know I would hope to be able to support based on my thoughts about this. Versus the other choice which would be to reduce the cost based on the pressures on the budget" -- Councillor Nick Adey
Ms. Bomben confirmed those options would be provided for Council to consider, once the engineering part of the project design process is complete.
Councillor Niesh also noted of the length of the process to date and how the Detachment had become an issue he had attached himself towards, offering an observation as to the need to ensure that structure is one which focuses on simplicity over a showcase building, one  that doesn't cause issues in the future and makes for easy maintenance.
"One thing that I would like to point out again, I've mentioned it in the past in these conversations, is I just really hope that ... I find that a lot of times with these public buildings that architects tend to take over and try and make showpieces and I really need to stress that in a town with ten feet of rain, that we need to keep it simple. We need to keep basic roof lines, things that don't leak, things that aren't going to cause us issues in the future and cost us money to repair"
A video complemented the CFO's presentation, providing a review of the options that City Council has towards seeking the approval of the voters for the Loan Request.
The video is to be provided for residents to view through the City of Prince Rupert website and while it has yet to make its debut on the civic portal as of yet, the City has created a Loan Authorization Bylaw update page for residents to review, which you can examine here.
Still to be determined by Council is how they will consult the public on the proposed loan authorization and whether they will make us of the Alternate Authorization process or a public referendum.
The Mayor observed how this is just the start of the process, with more community engagement to come in the months ahead.
The Authorization Bylaw received its first, second and third readings on Monday evening and will return at a future session for a Final approval that will put the borrowing process into motion.
You can review some of the highlights of Ms. Bomben's report as provided in the Monday Agenda to Council from our preview item of Monday.
The presentation and discussion of the Detachment Loan can be viewed from the City's Video Archive starting at the one minute mark.

More notes of interest from the Monday Council Session can be reviewed from our Council Timeline feature.
Other notes on civic issues and Council Discussion topics are available from our archive page here.
Posted by . at 9:33 AM