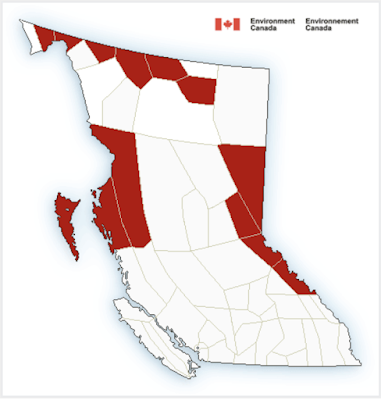 Haida Gwaii and the North Coast, including Prince Rupert are all currently under a WIND WARNING from Environment Canada, with the weather agency issuing the update just before 5 AM on Sunday.

A strengthening storm system which is approaching Haida Gwaii from the south is bringing strong southeasterly winds to the region with wind of 90 to 110 km/h anticipated through the morning and into the afternoon.

There will be a short break from the system later today, however a second system making its way to the North Coast will bring more winds tonight and into Monday.

The rain will continue into Tuesday. 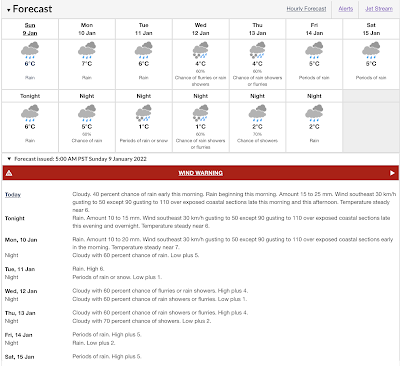 As noted previously, the weather systems of the weekend have already resulted in the Closure of Highway 16 between Prince Rupert and Terrace, with avalanche deposit removal underway, it's anticipated for a road re-opening by the noon hour, you an access more road information from Drive BC.

Notes from previous weather events on the North Coast can be explored here.