Winding down the period of the Great Unleashing ... Lee Brain's final days for the Mayoralty leave the next council a foundation that began with his days of Transition Prince Rupert

Tonight marks the last council session for the current collective of the Classes of 2014 and 2018 and with it the pending exit for Councillor Blair Mirau and Mayor Lee Brain, along with perhaps a changing of the deck chairs for the remainder on October 15th.

So with all of that to consider,  this evenings session may find the delivery a few reminiscences and valedictorian addresses as part of the review of shared history on civic governance.

If they do get to looking back this evening, Mayor Brain may want to take things even further back than his arrival at City Hall in the fall of 2014.

The time travel taking us back to May of 2011 when a seed of an idea for transformative change was created, with the early days for what became Transition Prince Rupert.

The local activist and advocacy group that included Mr. Brain, College Instructor Ken Shaw and Veronika Stewart now the city's communications director among others, the collective creating their movement for change, which as 2014 arrived saw a significant number of their themes make their way into City Hall following the election of that year. 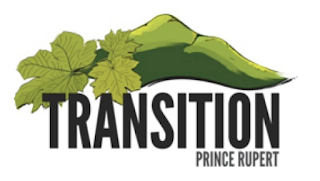 Two videos from the Transition Prince Rupert YouTube page provide the background to those formative days and  as you take in the two part launch of the initiative of the time,  you will see the youthful enthusiasm of what would be a future Mayor, who once in office rebranded those  elements as civic policy.

Those seeds planted from 2011 came to bloom with the Hays 2.0 plan and the companion pieces of the 2030 Rupert Vision,  some of a third element of the vision making is about to be introduced tonight in the City's Climate Action plan.

The climate themes a project which was refined and updated by the Mayor and Transition Prince Rupert's Ken Shaw back in 2018 and now as the current council bids us adieu gets its debut as the calendar flips to the final few days of the mandate.

Mind you, a few of the other elements  from the 2011 Transition Prince Rupert blueprint,  such as the call for a parallel currency for the community never made it into official civic policy as things turned out, well as far as we know anyways.

Transition Prince Rupert has long since taken down their website that outlined the details and focus for the future, their Facebook page now more of a sharing of painting parties, gardening and environmental themes. 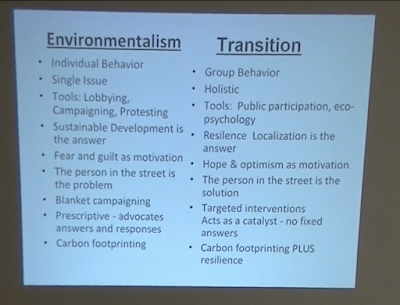 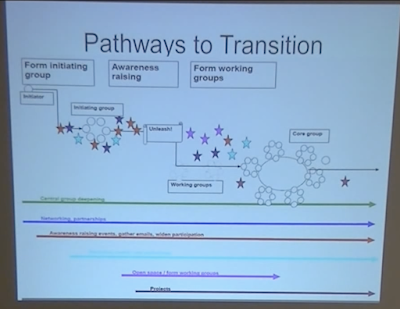 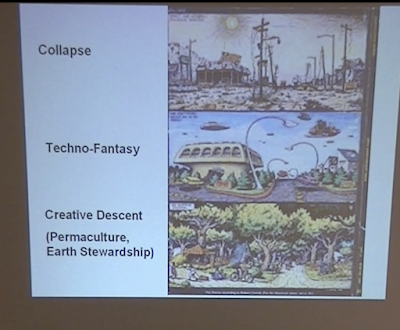 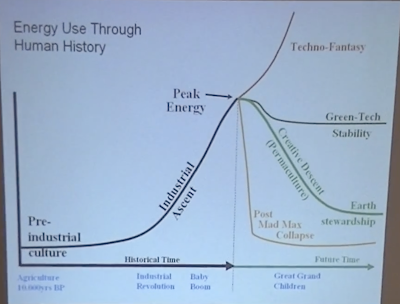 The vision making of that 2011 gathering was just the incubation period for what has become elements of civc policy through 2014-2022.  The programs introduced and endorsed by the council memberships put in place from both the 2014 and 2018 elections.

The new path that is now firmly in place was one that was charted in a 2014 and sent a New Mayor and Council to office from an election with a 47.55% percent voter participation rate, the then Mayoralty candidate getting his vote out in impressive fashion, that with the support of 58% of those who voted.

The election scenario was significantly different in 2018 with an unopposed return to office for the Mayor by way of acclamation, that suggesting that the population was either all in and onboard with the programs; or maybe so cynical and disinterested in local politics, that they weren't paying much attention and certainly weren't inclined or engaged enough to vote.

With a vote participation percentage in 2018 of just 32.37 precent, offering up a thought that at least 67 percent of the population really had no interest in how the city's affairs were to be determined, may not be too far a stretch.

The introduction for the many initiatives delivered in a period of time where few of those in the Council chamber ever asked any questions of the policies in public, frequently noting of their work as a team.

Also of note for the period, a media that has offers up a negligible amount of interest in local politics and the changing direction that the initiatives were taking the community, something that perhaps made for a collective even unaware that they had for the most part become Transition Prince Rupert members.

Or at least unaware supporters and facilitators for the early vision making.

Fast forward to today and with all of the incumbents and those challengers seeking office in the 2022 campaign sharing their support for the numerous vision plans. The narrative to this point making for a clarion call that they all will carry on with the Mayor's work.

That should reinforce what should be the dominant theme of any election time, that voting is important, as well as the need to  have a full understanding of issues and where the candidates stand on them before you cast a ballot.

Right to the end of this Mayor's tenure,  that advocacy of engaging the public to his causes has been on display, taken like a passage from the presentation eleven years ago.

The recent message making on the ScraptheTaxCap intitaive seems to feature the kind of activist themes advocated for from 2011.

The Saving the City social media messaging of late from the Mayor certainly taking a page from the call towards bringing the public along in what was observed as The Great Unleashing of the video presentations.

However, let's give credit, where credit is due ... from 2014 to this evening, the Transition Prince Rupert vision making of those early days has become the foundation of the new road ahead for the community and whether 67 percent of the population (those that didn't vote last time) realize it or not, that's quite an accomplishment for a once upon a time on the fringes political and environmental movement.

Those scattered and somewhat utopian themes from the videos have worked  their way into any number of civic programs, bylaws, land use concepts and areas of infrastructure development.

With many of those plans and fanciful thoughts from 2011 developed and delivered through the resources of the treasury of the City of Prince Rupert and the range of revenue supply that it calls on.

In 2011, Transition Prince Rupert was advocating for the engagement with civic government to effect change

By 2014 they didn't have to engage with the government to consider their ideas; they were basically running it and the last eight years have served to put their curriculum in motion.

We haven't seen the Mayor's ebook on leadership make it's way to the Prince Rupert Library yet, so we haven't checked it out and the many themes he has developed;  but surely there must be a chapter, or two in tribute to how the days of Transition Prince Rupert transited into the mayor's office.

If not, then there is surely a setting for a prequel.

The final council session for the current membership prior to the October 15th election takes place at 7PM, you can explore our preview of it here.

For a look back at some of the many themes of action from the Council see our Council Discussion archive.