The Prince Rupert detachment of the RCMP continue to ask the public for assistance as part of their investigation into Friday afternoon's robbery of the Prince Rupert branch of the Bank of Montreal.

According to Sergeant Jagdev Uppal, members were called to the bank at approximately 1:03 PM in response to a bank robbery at the branch. Staff at the bank advised attending members that the male suspect had entered the bank and threatened those on duty with a weapon, prior to leaving through the main doors with an undisclosed amount of money.

The suspect then fled north bound and crossed 2nd West prior to turning down the alley between First Avenue West and Second Avenue West.

As part of their investigation, the Mounties have released more details related to the suspect from the incident, as well as photos of the suspect, who is described as a Male, approximately 6 feet to 6 feet four inches tall, hosting a large build.

At the time of the robbery he was wearing a grey sweatshirt, dark pants and a face covering. 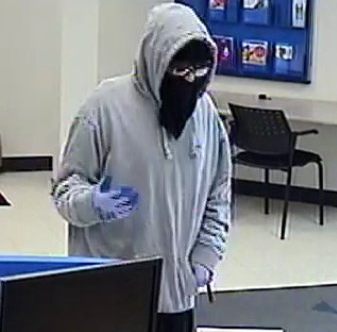 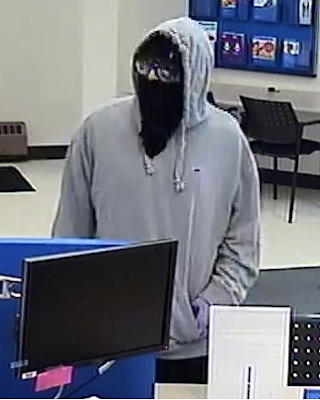 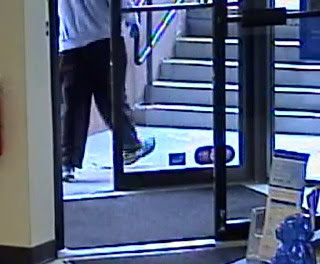 No description of the weapon was outlined as part of the update.

The full media release from the Prince Rupert Detachment is available here.

Our original item related to the robbery can be reviewed here, while more notes of interest related to Emergency Responders in the Northwest can be found here.
Posted by . at 5:13 PM