Some Scherr tenacity on the field, takes Prince Rupert Rugby player to Portugal for competition

For followers of the sport of Rugby, some of their attention this weekend will be fixed on Portugal as participants in the Rugby Tens championship  get ready to take to the field for the high tempo competition.

Among the participants from around the Rugby world (30 plus nations) to gather in Lisbon, will be Prince Rupert's Hannah Scherr, part of the Serengeti Elephants team.

The North Coast rugby talent was invited to the tournament earlier this fall and has been in Lisbon for much of the week in training for the weekend event.

More recently, while on the North American side of the globe, Ms. Scheer has been part of the University of Victoria Rugby program, though her 2021 season was sidelined owing to early season injury.

Her University team went to the Canadian University Championships last month, coming out of Kingston Ontario with a fourth place finish, one of the best placements in years for the UVic Vikings.

She has since recovered from those early season injury issues, gotten back to her training and this weekend steps back out onto the Global stage with the Elephants, with play set to start on November 27th.

You can follow her play in Portugal through Rugby Tens Championship website, which also notes of a livestream option at the top of the page.

You can also explore the social media feeds of Facebook, Twitter and Instagram to see what the players are up to as part of their week in Portugal, with many of the teams working with local youth teams to build the game further.

Some great visuals from Portugal as the team explores the area around Lisbon is part of their Instagram feed which you can review here.

Local Rugby organizer Jason Scherr, the proud papa to Ms. Scherr, notes of another name for Prince Rupert's legion of rugby followers to be watching for from the tournament as well.

With Robin MacDowell one of the Prince Rupert club's honorary members and a coach the Seamen work closely with set to coach the Cape Town Wild Dogs women's team in the tournament. 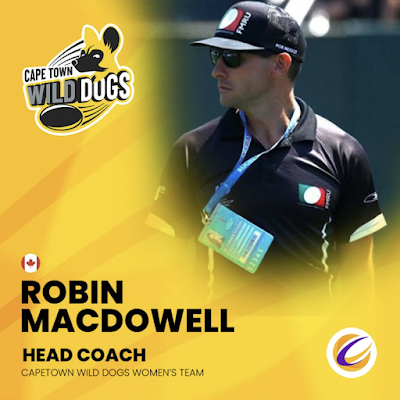 A bit more background on the Portugal event can be found here.

More notes on Prince Rupert athletes in locales far from the north coast can be explored here.