For those in the community curious as to the status of the city's garbage and recycling plans or the fate of many of the large scale infrastructure programs, tonight is the night to check in on City Council.
The City of Prince Rupert's Operations Director Richard Pucci will be the prime attraction of the night, set to deliver a range of reports during the course of the City Council session for this evening.
Mr. Pucci opens the night with a presentation  on the City's plans for an updated Solid Waste Management Bylaw, which will be delivered as part of the Committee of the Whole portion of tonight's presentation.
City Council members will follow up that overview later in the evening when they vote on the Bylaw, and from the Agenda a few snippets of the themes that Mr. Pucci may deliver on during the night can be found. 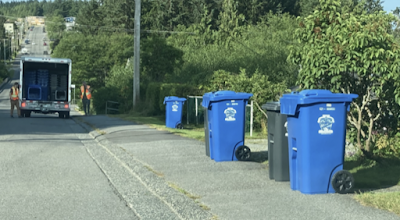 Included in the Bylaw documentation is a section towards Fees and Charges with the roll out of garbage and recycling program laying out a range offers and fines for those that don't comply with the new measures if they are adopted.
As well bylaw proposal includes what it will cost to repair your units if damaged among other topics of note. 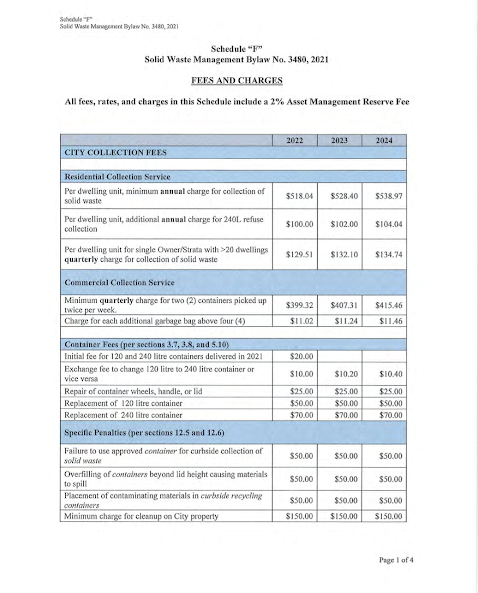 Some of the information indicates that the City may be ready to respond to some of the concerns that residents have had over the introduction of the new garbage and recycling cans, particularly the size of the grey garbage cans in the community.
The full overview of the bylaw can be found on the Regular Council Agenda starting on page 38.
Mr. Pucci will also provide an update on the status of a list of Major projects that the city is currently working on.
Some like the Woodworth dam and Land fill cell project, said to be nearing completion, others such as the new RCMP detachment, Water Treatment plans and Waterfront project just at the start of the process. 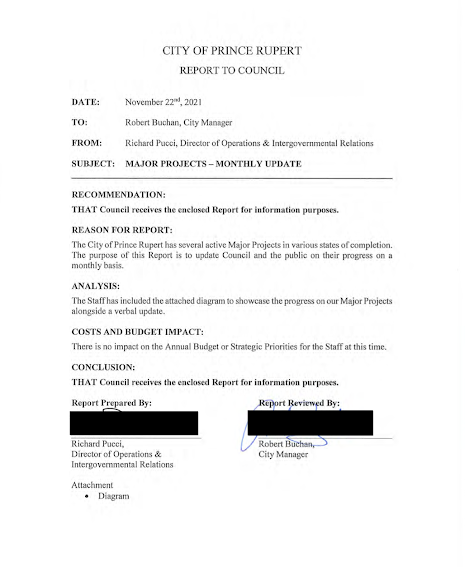 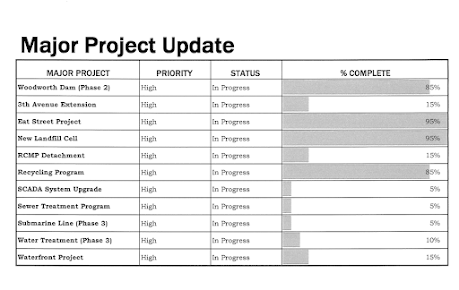 The Operations Director will also suggest to Council that they withhold support for a land referral request, until the province addresses a range of concerns related to a waterfront fuel transfer staton proposal for the Industrial Park area.
As we outlined on the blog in July, that proposed development would see a parcel of land in the Industrial park used for fuel transfer location related to operations adjacent to the Industrial park.
Comments towards the proposed land use were closed on August 18th with the application currently under review by the province. 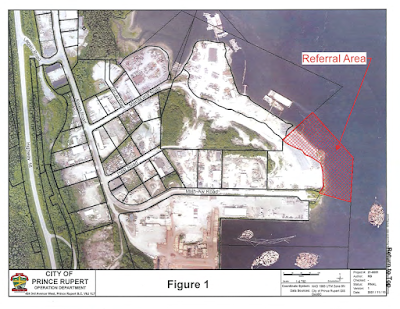 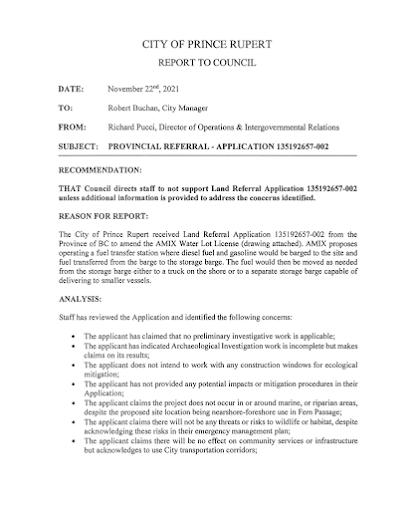 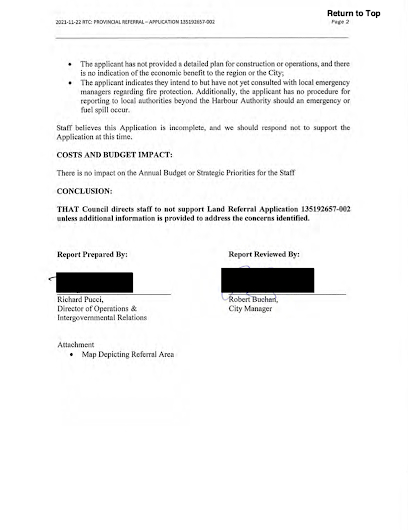 You can review more of what is on the Agenda for tonight's Council session from our Council Preview Feature.
A wider overview of past Council sessions is available from our archive page here.
Posted by . at 11:19 AM