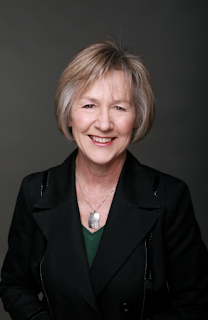 Last week, the Federal Government released the details of the mandate letters that Prime Minister Justin Trudeau has provided to his cabinet members, the PM's blue print of expectations for the cabinet as they take to their duties in Parliament.

Among those to get their letter is Joyce Murray,  the new Minister of Fisheries, Oceans and the Canadian Coast Guard, who already has had a busy period of announcements made in just the last few weeks.

The opening of the letters is consistent with man of the other Ministers, with much focus on COVID, goals of reconciliation as well as work on inequities and disparities across Canadian Society.

Towards the duties for the new minister, the Prime Minister provides a snapshot of the government's agenda for the Fisheries portfolio.

As Minister of Fisheries, Oceans and the Canadian Coast Guard, you will continue to protect and restore our oceans and coasts and take steps to ensure we protect 30 per cent of Canada’s oceans by 2030.

Working in close collaboration with provinces and territories, Indigenous communities and industry, you will also continue to prioritize the growth of Canada’s blue economy to create opportunities for freshwater and ocean sectors and coastal communities, recognizing that Canada’s blue economy must be supported by a world-leading conservation plan.

Working with Indigenous partners makes for a large focus for the Ministerial mandate, with a range of engagement themes explored as part of the document.

In partnership with Indigenous Peoples, continue to implement commitments made under the Oceans Protection Plan, and support the Minister of Transport in launching the next phase of the Oceans Protection Plan to continue efforts to deliver world-leading marine safety systems, increase protection for marine species and ecosystems and create stronger partnerships with Indigenous and other coastal communities, while strengthening marine research and science.

Continue to work with the province of British Columbia and Indigenous communities on a responsible plan to transition from open net-pen salmon farming in coastal British Columbia waters by 2025 and work to introduce Canada’s first-ever Aquaculture Act.

Conservation measures also make for a significant portion of the mandate, with a range of initiatives explored.

Make new investments in coastal and ocean areas that have a high potential to absorb and store carbon, like tidal wetlands, seagrass meadows and riparian habitats.

Some attention is also directed towards Small Craft Harbours and Coast Guard activities.

Continue working with the Minister of Public Services and Procurement, with the support of the Minister of Innovation, Science and Industry, to renew the Canadian Coast Guard fleet, advance the shipbuilding industry, including the process to add a third Canadian shipyard as a strategic partner to the National Shipbuilding Strategy, create middle class jobs and ensure Canada has the modern ships needed. \

Continue to support improvement in Small Craft Harbours and work to ensure our investments in harbours are resulting in climate-resilient infrastructure that serves the needs of the fishing industry and local residents.

Work with the Minister of Public Safety, the President of the Queen’s Privy Council for Canada and Minister of Emergency Preparedness, the Minister of Transport and the Minister of Health, among other colleagues, to ensure the Government of Canada continues to be prepared to proactively mitigate, and respond to, emerging incidents and hazards.

You can review the full Mandate letter here.

The New Minister has certainly hit the ground running in recent weeks, with measures moving forward related to the spot prawn fishing industry and an announcement of the closure of the Commercial Herring season for 2022.

At the start of December, Skeena-Bulkley Valley MP Taylor Bachrach invited the Federal Minister to make a visit to the northwest to explore some of the concerns related to the sport fishery in the Bulkley Valley region, so far there's no word if Minister Murray has booked a flight to the region, if so, hopefully she can make some time for a journey to the North Coast to learn of the impact of Federal policies on the region and those who rely on the marine resources of the North Coast.

More items of note on the fishery can be explored here.