For those who may have plans for some backcountry adventures over the next few days of the Christmas Holiday period, Avalanche Canada is noting of Low to Moderate Risk of Avalanche for both the North Coast Coastal and Inland regions.

In their forecast prepared on Wednesday, when it come to the two areas of the Northwest, the Lower Backcountry areas feature the Lowest risks, while travelling further upwards towards the Alpine regions carry the higher risks through to Saturday. 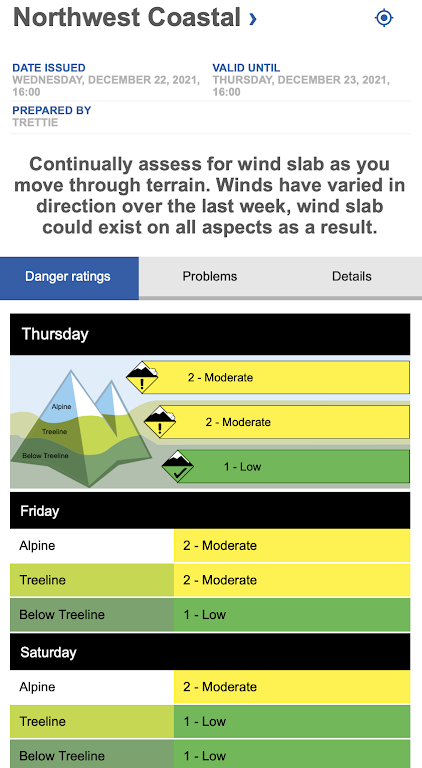 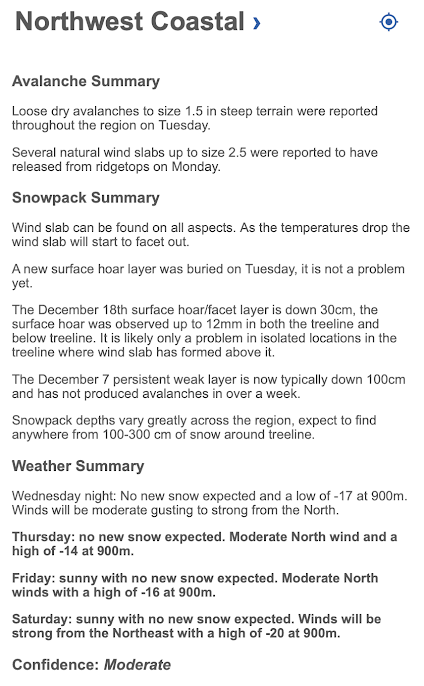 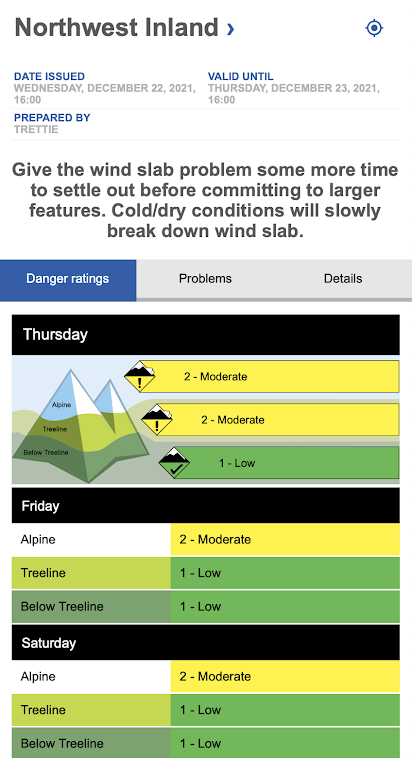 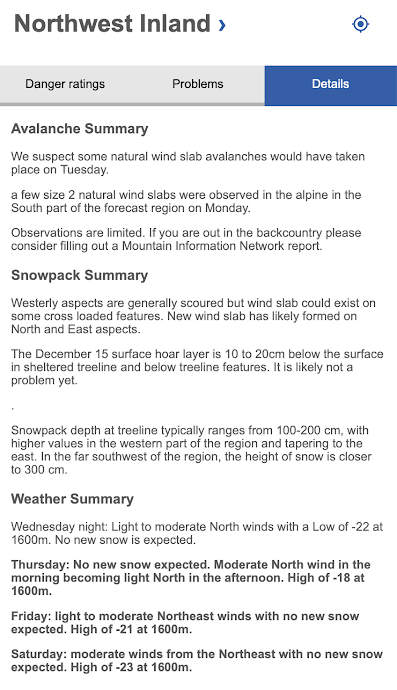 For those making for an outdoor trek, take note of the oncoming cold and the potential dangers associated to temperatures with daytime highs of -18 to -23.
Avalanche Canada will issue their next forecast later today at 4PM you can access their latest notes here.
Backcountry travellers should always consult the latest reports from Avalanche Canada before heading off on their adventures in the Northwest. 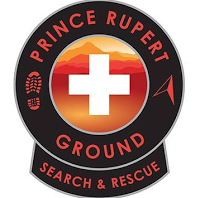 Prince Rupert Ground Search and Rescue also has some helpful guidance for those who explore the backcountry areas of the North Coast and Northwest, relaying some of their notes on how to be BC AdventureSmart through their Social Media stream.
Their notes include more background on the Adventure Smart program and a video on the same.
More notes on weather themes can be reviewed from our archive page.
Posted by . at 9:33 AM