Snow? What Snow? Council skips over recent snowfall as a discussion topic for farewell session of 2021

While it may be the topic of the day at the coffee shop, hockey rink or among neighbours shovelling out their driveways over the last week, if you were watching Prince Rupert City Council's final public session of the year on Monday, you might think that when it comes to snow and snow removal...

It's a case of there's nothing to see here, move along, move along (if you can).

While the subject of snow and its removal around the city has made for some lively conversation around the community and on the city's own social media feed, at the Monday night Council session, the only indication of the recent week of winter weather came from an anecdote from Councillor Nick Adey, who recounted a recent the drive between Terrace and Prince Rupert and a mention from Councillor Blair Mirau of the timely moment to be purchasing a snow plow as part of the Capital spending program.

Other than that it was No Go on Snow for the Mayor and five of six council members in attendance at the Monday session, with no mention of the volume of solid precipitation that has fallen and sent both City crews and citizens to their shovels. 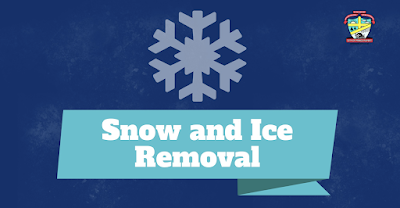 There was  some praise Monday from the councillors for the hard working staff from the city who head out into the elements to do the best they can on the situation and they should be saluted for their work.

Though one might think that there should have been some time put aside to review the approach the city has taken on snow removal as well.

It was curious oversight, considering the discussion the snow has generated around the city and it was a missed opportunity for Council members to address some of the percolating consternation of many residents of the community.

To show some indication that they were on top of the situation,  Council could have used some of their time on Monday to review the Snow Plan in place for the community; offering up some notes on the budget for Snow removal and perhaps even addressing some of the very justifaible concerns that residents have made public to date over the work so far.

While they made no note of the snow in public, one imagines that the Mayor and Council have probably taken a peek at the social media page, or received an email or a phone call over the state of road clearing and the lack of attention to sidewalks and some bus stops during the week.

Perhaps an update will come in January with their first council session of the year, though one imagines that the Council members are hoping for a thaw and return to more familiar weather patterns of rain to wash it all away.

Something which would make for an escape from scrutiny on the Snow Plan for 2021 and how it had been rolled out during the storms of last week or any that may come before the gather next on January 10th.

A look at what the Council members did discuss on Monday can be found from our Council Timeline Feature here.

You can review some of the weather related themes of the last week from our Weather archive page.