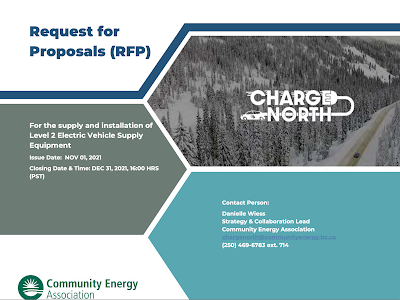 Council members were energized at the prospect of two new Electric Charging stations for the community that were part of Monday's Capital Spending plans, with the topic generating a fair bit of conversation as part of the presentation earlier this week.

The 20,000 dollar project to be funded by surplus and a grant will see two Level Three charging stations placed at the Civic Centre and in the Cow Bay Area, a project we made note of in early November when the City announced an RFP for the twin sites. 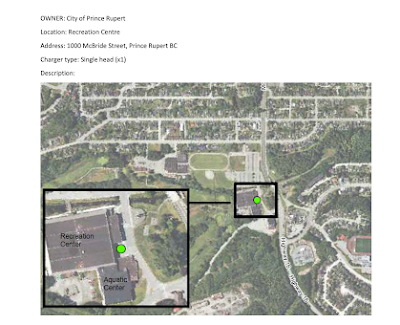 To open the Monday afternoon review on the planned spending, Councillor Gurivnder Randhawa noted of the two spots that Public works plans to install in the community.

Councillor Nick Adey then expanded on the discussion to the topic asking a few questions of the Director of Operations Richard Pucci.

"My question is maybe out of curiousity more than anything else, because I think these things are important and I fully support them. I'm just wondering if we have some sense  of the degree to which the one that exists is being used and what is the current demand  - and there's a good one, a good pun - for additional charging stations. And I'll say about it, that I would be in support of them anyway because I think that it's certainly a forward looking initiative, but I'm just wondering about usage at the moment.

Towards the one referenced by Mr. Adey located across Mariner's Park, the Director of Operations noted he had no data on that station, observing how it was a BC Hydro installation.
"We actually don't have any data on the current usage of the one that's in town, that was provided by BC hydro that one. This is another one that is, I believe this is called Charge the North and this is the one where they're having installations all the way up Highway 16. We know there is a need for it in town there are more and more electric vehicles in town, so we're excited to put these in, but we don't have the data on how many people are using them daily"
Mr. Pucci's comments provided an opening for Mayor Lee Brain to join in on the topic recounting some of the background to the Charge North Program.

"That initiative Charge North, is ... the idea is to have every sixty kilometres a charging station from Haida Gwaii to Kamloops. So part of the grant that this is part of, is a bulk purchasing program that all the communities and Regional Districts across,  six Regional districts are purchasing together to make sure that that network gets established.  On top of the fact that BC Hydro is also doing Level Three chargers all across the north as well, in like rest stop areas, down in our community as well.
So the idea is that you will actually be able to drive from Prince Rupert to Vancouver without having to you know wait, it would take you four days now in an EV, hopefully it will take you a regular amount of time with this number of chargers in place."
In reply to a question from Councillor Randhawa as to what cost if any there will be any fees for the chargers the city has planned, Mr. Pucci noted that there would be no charge with the City to pay for the electrical cost.
The City's Chief Financial Officer Corinne Bomben  followed up to explain that the city's two EV chargers would be of a lesser output that the BC Hydro version.
"These  are small chargers, l'll just say that they are level two chargers they're not fast chargers, so as far as I understand it, it's just a little top up type charging. It's not ... the level three chargers like the one that BC Hydro had installed those are considered the rapid chargers, so and they can do a full charge"
The Mayor shared then some more notes on the difference between the chargers that will be in place in the community.
"The Three's are thirty minutes and the Level Two's could be up to four hours,  but the Level Two's are not designed ... they're branded as Shop and Stops.  So you go and you actually start charging and then you shop in the community that you're staying at there kind of waiting for their change to happen. So they're not necessarily designed for rapid, but  to more promote tourism and to have access to chargers in the community"
You can take in the full tutorial from the Council Video Archive starting at the 43 minute mark.
We've reviewed some of the past work on the EV Charging station plans through our archive page here.
More notes on Monday's Capital Spending session can be reviewed here, while the full account of the Monday Council session is available here.
A wider overview of past Council Discussion themes can be explored here.
Posted by . at 10:06 AM