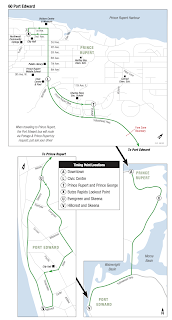 The members of the District Port Edward Council have heard the concerns of District residents when it comes to Transit challenges for the community,  with the topic set to be one that they hope to take on as part of their work this month.

Mayor Knut Bjorndal outlined some of the background to the current service to the community in his January update for Port Edward residents, noting of the cost for the service.

The current schedule was developed from ridership counts, public input sought by BC Transit and the cost of each run.

The current schedule was developed from this information. Adding bus runs is estimated to cost a minimum of $20,000 per run a high cost, considering we are expected to spend $130,000 for the service we currently have next year.

Mr. Bjorndal also noting for residents that the Council is anticipating a presentation from BC Transit this month, while encouraging District residents to participate in the process through Zoom when the time comes.

BC Transit will be presenting to Council early in the New Year to discuss transit issues and I encourage you to participate via Zoom if transit is of interest to you.

The BC Transit Home Page for the Port Edward Service can be explored here.

Details on when the topic will be addressed will be relayed through the Districts information streams of their website and Social Media page.

As part of the January update, the Mayor also noted of the District's work to date on their 2022 budget, with plans to publish the background information to the District website once they have things firmed up, along with the information presentation the District plans to put time aside for public input on budget themes.

You can review the full January update here.

Further Notes on the work of Port Edward Council can be explored here.