The General Executive Board for UFAWU has started 2022 off with a session in Campbell River to review their approach to answer some recent decisions, which the labour union observes has been bad ones for the British Columbia Fishery.

In a Social Media update for members, the Board outlined some of their discussion topics for their Campbell River session, among some of the topics of note:  the issues of the herring fishery including a 50 percent herring cut, Salmon PSSSI policy, Prawn Tubbing issues, as well as the processing of British Columbia fish out of province. 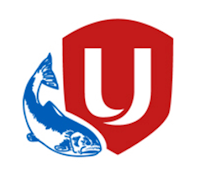 Their early 2022 talking points can be reviewed here.

The union is also looking to increase its membership, with a call for those in the industry to join UFAWU-Unifor for the work ahead on addressing government policy on the state of the BC Fishery.

They direct those with an interest to explore the Union's home page here.

Notes on the fishery on the North Coast, Haida Gwaii and Southeast Alaska can be reviewed here.