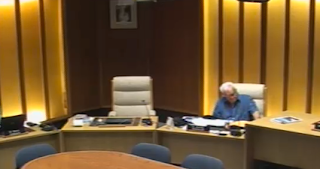 The race to claim Jennifer Rice's council seat comes to an end on November 16, a time frame which has left would be Prince Rupert voters with less than three weeks to learn more about the six candidates looking to fill in the vacant spot.

For those that have already made up their mind, the first opportunity to cast a vote comes with the Advance polls of November 6th, 8th and 13th, with City Hall the location for casting a ballot in the by-election. Voters can cast a ballot on those days from 8 AM to 8 PM

In addition to the advance poll, a number of special polls are taking place at two locations in the city. With voting stations to be set up at Acropolis Manor and the Prince Rupert Hospital.

Allowing those at those locations, who may be unable to make it to the Civic Centre on voting day, to make their choice in a more convenient setting.

There are also Additional General Voting Opportunities for those who cannot leave their residence on voting day, where the ballots can be brought to those residents who have medical or other issues impacting on their ability to vote at the main voting locations.

You can review more information on the advance and special voting options from this notice posted to the City website.

The General vote takes place at the Jim Ciccone Civic Centre on November 16th, with the voting booths open from 8 AM to 8 PM on that day.

So far the only indication that there is a municipal by-election underway is the appearance of candidate signs, which have started to pop up at high visibility locations around the city.

Other than that visual reminder, we have yet to hear much, if anything as to what the candidates may wish to contribute to the debate at City hall every two weeks.

By-elections traditionally don't resonate quite as much with the voting public as a general election may and no better indication of that issue can be found, than that of Coquitlam last week.

Like Prince Rupert, Coquitlam found the need to go the by-election route after two of their councillors found electoral success in the recent provincial collection.

However, the lack of interest in the campaign around that community, provided for a paltry 9.2 per cent turnout, which means that in a city of 87,064 eligible voters, only 8,036 bothered to cast a ballot.

That low turnout, has provided for no shortage of controversy from the results, much of it based on the obvious apathy of the voting public and the impact that the lack of interest may have had on their council.

It will be interesting to see if on November 16th, the rather quiet Prince Rupert campaign of today, has provided for any sparks and  discussion.

And more importantly perhaps, for just a little more interest in the democratic process than what the residents of Coquitlam provided.

Update: The date for the City Council by-election All Candidates Forum has been set, the six candidates will gather at the Lester Centre of the Arts on Wednesday, November 6th, the forum is scheduled to start at 7 PM. The All Candidates Forum is sponsored by the Prince Rupert Chamber of Commerce.
Posted by . at 9:15 AM

Email ThisBlogThis!Share to TwitterShare to FacebookShare to Pinterest
Labels: By election advance polling next week