Westview issue addressed, but Housing concerns are still on Councillor Thorkelson's to do list 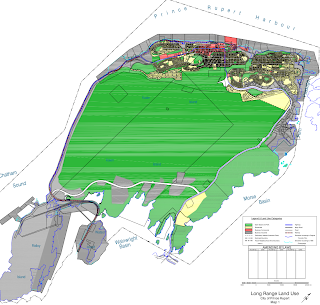 A good portion of Monday night's council session seemed to focus on the uproar over the proposed development of condominium housing on land bordering the Westview park area, a proposal that made for much controversy, provided for a public forum and seemingly sent a message that resonated clearly with many on City council.

After a fair bit of discussion, including some concerns on the issue expressed by the Mayor as to a rush to decision making, Council voted to abandon the prospect of development in the park area of Westview, putting that proposal down by way of a motion from Councillor Ashley.

You can review the lengthy contributions from a number of councillors on the issue from the Council video archive for October 28th , the Westivew topic comes up for discussion from the 16:30 mark and continues on to the  36 minute mark.

And while that particular idea may be a non starter, the theme of housing requirements in the city will soon come up again for discussion and it would appear that  a much larger review is on the horizon.

While the Mayor counselled his fellow member of City Council as to the increasing work load that they were providing for city staff,  housing would appear to  be one issue that seems destined to be on the day planners for council and staff as the council year moves on.

Following the Westview discussions of Monday night,  Councillor Joy Thorkelson expressed her concerns over the need to develop a comprehensive plan on Housing for the community, something that goes beyond the Official Community Plan.

The first stage it would appear is to have the City Planner compile a listing of land held both by the city and privately, that could be used for development purposes in the city.

She put forward a motion to move the process forward at council on Monday evening, which Council voted to adopt (with the exception of Councillor Garon), and not without that cautionary advice  on the already heavy workload of city staff from the Mayor.

Once City Council has received its reports, compiled its lists and no doubt held a few more discussions around the council table on the theme, it would appear that the whole issue will be brought to the public. Allowing for a review and discussion of what they would like to see as far as development in all aspects of housing for the community.

Considering the workload already at hand for City Council, that potential forum is more likely one that won't come up for discussion until the new year.
Posted by . at 10:53 AM

Email ThisBlogThis!Share to TwitterShare to FacebookShare to Pinterest
Labels: Housing issues for Council to consider, October 2013