Rampage ramping up for Saturday showdown with Kitimat

Saturday night the Prince Rupert Rampage will be looking to even up their record in the early weeks of the CIHL season, as the Kitimat Ice Demons make the first of their three appearances this year at the Jim Ciccone Civic Centre.

The arrival of the Northwest rival always makes for a fast paced and physical game and the Ice Demons, fresh off a 7-2 victory on Sunday over Quesnel, will be anxious to keep their hold on the top spot in the West division and keep their early season momentum going.

To stop them, the Rampage will have to correct some of the troubles that stalked them last Saturday night at the Civic Centre, when the third period saw them surrender the lead, as the Quesnel Kangaroos stormed back to claim a 6-4 victory. 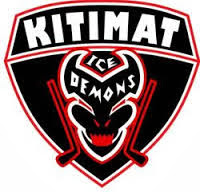 That need to shut down the competition in that final frame will prove to be a large challenge, especially against a Kitimat team that scored quite handily last weekend.

Particular attention to the Kitimat side might be directed towards Josh Slanina  who was a one man scoring machine for the Ice Demons in their victory, accounting for three goals and an assist last week.

He and Derek Delisser lead the Ice Demons scoring after two games with 7 points each, indicative of the high powered scoring machine that has been assembled in the Aluminum City.

So far in this early mark of the CIHL season and after only one game, the Rampage have provided for a more evenly distributed listing on the scoring leaders sheet.

The Saturday night game, which has a puck drop of 8 PM will be the last home game of October for the Rampage. They take to the road for two weekends, with a game in Terrace on the 19th, and two in Houston on October 26 and 27.

The Rampage return to the Jim on November 2nd, when Kitimat once again will be the competition.

You can review our Rampage Scoreboard and Results page here, the larger review of Rampage and CIHL developments can be found here.

Email ThisBlogThis!Share to TwitterShare to FacebookShare to Pinterest
Labels: CIHL, Rampage and Kitimat this weekend at the Jim Ciccone Civic Centre