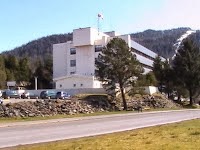 Northern Health has issued an advisory to Prince Rupert residents asking that with the exception of Emergency cases, to avoid Prince Rupert Regional Hospital while staff test and repair equipment affected by a power surge on Saturday night.

The power surge of Saturday has caused for damage to elevators and medical equipment, with maintenance and operations staff working to resolving some of the issues that resulted from the incident, the details of which haven't been released as of yet.

Patient care has not been affected by the power issues at the hospital, though owing to the lack of power to elevators and equipment, visitors to patients at the hospital are asked to limit their trips to PRRH.

Updates on the situation will be provided as they become available.

Northern Health provided an updated press release on the situation on Monday.
Posted by . at 10:55 AM

Email ThisBlogThis!Share to TwitterShare to FacebookShare to Pinterest
Labels: Emergency cases only for PRRH October 21