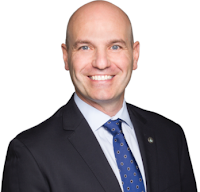 Residents of Prince Rupert may have to travel a bit, should they wish to take in a public discussion on tax reform hosted by Nathan Cullen, the MP for Skeena-Bulkley Valley.

With the public providing for some significant push back on the tax reform plans of Federal Finance Minister Bill Morneau, the Northwest MP is set to host a pair of public forums on the topic.

The first of his public events is set for his home base of Smithers this Thursday, as the MP taps into some of the discontent of the Bulkley Valley business community.

Mr. Cullen is hosting his Smithers session at the Old Church on October 12th from 7 to 8:30 PM, there is no charge for the event and refreshments will be served. 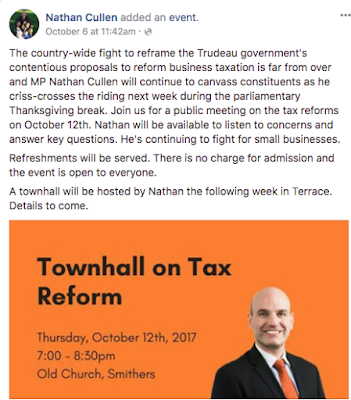 Eight days later the MP will team up with the Terrace Chamber of Commerce, co-hosting a luncheon on Tax Reform.

Mr. Cullen, who serves as the NDP's Deputy Finance critic, took note on the controversial plans from the Federal Liberals last week, highlighting the impact that it might have on small and medium sized businesses.

“Minister Morneau (Finance) may believe consultation on his poorly considered tax reforms ended Monday and that the door is now closed, but unfairly targeted Canadian small businesses still have a lot to say,”  ... “These proposed legislative changes directly target small and mid-sized businesses, the backbone of our Northwest and Canadian economies, and completely ignore the biggest businesses and billionaires with offshore tax havens, which is where taxation reform and fairness is most urgently required."

The Liberals plans towards tax changes has been a topic of discussion for the Prince Rupert Chamber of Commerce in recent months.

So far, there is no indication if the Skeena-Bulkley Valley MP plans to take his tax discussion caravan as far as Prince Rupert or across to Haida Gwaii.

You can learn more about his plans for the Northwest from his constituency website page here, it also features some background information related to the Liberals plans.

More the work of the area's MP can be found on our archive page here.

A wider overview of national issues can be reviewed through our political portal D'Arcy McGee.
Posted by . at 9:06 AM