Any zoning changes that may be required when it comes to future plans for marijuana distribution will be on hold for a little bit longer, that after Prince Rupert City Council voted on Tuesday to extend their prohibition on zoning for the establishment of marijuana operations in all zones of the City.

As part of their review of the topic, the Mayor and Council reviewed some of the findings from a report provided by Hans Seidemann, the City's Community Development and Civic Innovation Manager, which for the most part recounted much of the work of the original report of earlier this year

We provided a look at that report and some background on the topic on Tuesday as part of our preview of the Council work load for this week.

The need to push back the sunset clause of the original zoning amendment comes as the provincial and federal governments still work to delivery their own policies on the legalization of marijuana, the decision to extend the current prohibition making for a sensible move while the City awaits some kind of indication as to what they will be dealing with once the two senior levels of government introduce legislation. 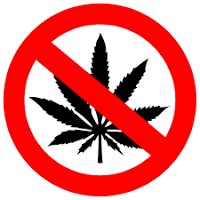 The topic made for a short discussion at Tuesday's council session, which also saw the City Council member announce that a Public Hearing on the topic will be held on December 11th at City Council Chambers.

Councillor Thorkelson made note of the recent provincial engagement on the topic of the marijuana regulations and suggested that local residents may wish to offer up some guidance to the municipal government during the course of the December 11th Public Hearing.

You can review the discussion on the theme from the City's Video Archive starting at the one hour, six minute mark.