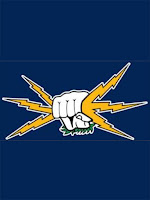 The Charles Hays Rainmakers regained some of their footing in football on Tuesday, bouncing back from two disappointments of Monday to put four goals in the net against Dawson Creek in a late afternoon game from Day Two of Provincials play in Burnaby.

The surge of scoring that delivered them their first victory from the pitch of the tournament now propels the Rainmakers towards Wednesday play, with placement in the top eight on the minds of the boys as they look to leave the Lower Mainland with a 2-2 record from Provincials.

The Charles Hays squad have picked up their pace from their opening games of Monday, where the goals were hard to come by on Day One.

The Rainmaker Boys had put in a strong effort in their debut match, as they battled hard against St. Michael's on Monday morning. They had held their fast paced opposition to one goal in the first half of play, and if not for the bounce of the ball a few times, the Charles Hays squad had opportunities to make things equal, if not take the lead heading into the half.

The pace of play in the final half was much the same as that previous, both teams showing lots of energy, perhaps a bit of a rust as well, however, despite their best efforts, the Rainmakers could not break through the tight defensive play of St. Michael's surrendering a second goal before full time to take the opening loss at 2-0 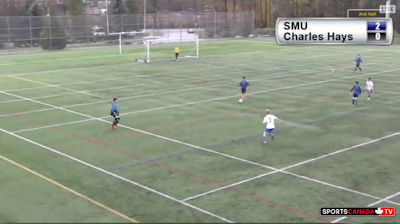 The Rainmakers were back on the pitch only a few hours later on Monday and Game Number Two got away from the CHSS eleven before the first half had ended, with the Hugh McRoberts squad putting significant pressure on their opposition.

The pace of attack from the Surrey school was such that they headed into the half with a 3-0 lead, a mountain that proved to be a little too hard for the Prince Rupert boys to climb.

To their credit, the CHSS boys kept their push after the half time break and the Rainmakers did shut down the McRoberts attack in the final half, with the final result on the afternoon a 3-0 victory for the strong Surrey squad. 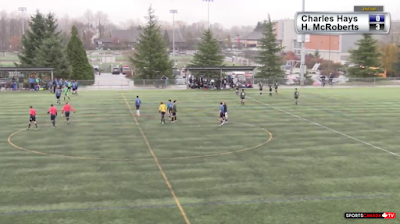 The strong second half response of that second Monday game, clearly got the Rainmakers back on pace, as seen from the strong result of the Tuesday afternoon game with the Peace country squad from Dawson Creek.

Charles Hays will next see action this morning with an early football call of 9 AM as they take on the squad from North Vancouver's Windsor High School in their final match up of the tournament for the Rainmakers, you can watch that game streaming live from Burnaby from the Sports Canada link here.

Today marks the last of the action for the three days of soccer from Burnaby, and while the chance for a Championship has faded through Monday and Tuesday, the Rainmakers, having cracked the final eight of sixteen, will looking to improve their placement for the 2017 provincial championship series.

Later in the morning, Langley Fundamental and St. Micheal's University School will kick off the final match for the Provincials, the Championship game takes place at 11:15

The scoreboard from the three days in Burnaby can be found here.

We also have items of interest available through our Rainmaker Archive page.