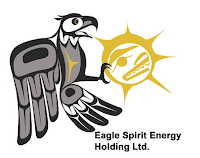 If Eagle Spirit Energy Holdings can't find their way to the North Coast of British Columbia for their planned oil shipment terminal, then they may just be heading North to Alaska, with a plan to use land near Hyder for their proposed terminal project.

The idea of shifting their focus North makes for the latest move in what is shaping up to be a battle between a coalition of a number of First Nations backers for the pipeline project and Eagle Spirit Energy, who collectively have challenged the recent push for an Oil Tanker Moratorium from the Federal Liberal government.

As we outlined on the blog in January, supporters of the pipeline project have launched a Go Fund Me page, part of their efforts to provide for a legal challenge to the Federal government's tanker moratorium plans.

In an interview with the Financial Post, Calvin Helin, a member of the Lax Kw'alaams Band who is the Chairman and President of Eagle Spirit Holdings, provides some of the background to the Alaska plans, while the Post provides for a fairly extensive look at the terminal development concept for Hyder.

The Financial post has made Eagle Spirit Energy a frequent topic of interest of late, with a number of articles following the plans for an oil pipeline from Alberta to the North Coast of BC, as well as with the new approach of taking on the Federal government's tanker moratorium initiative.

For his part, Mr. Helin has made use of his Social Media feed on twitter to highlight the Financial Post story and how it fits into the Eagle Spirit themes of constructive development in traditional territories. 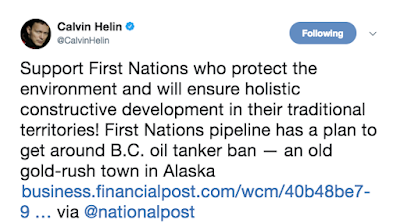 Providing the plan receives American approval, a process which seemingly has not even been approached yet, the transit route would take oil tankers right into heart of the Portland Canal, to a terminal and docking facility on the American side of the  U.S/Canada border at Stewart. 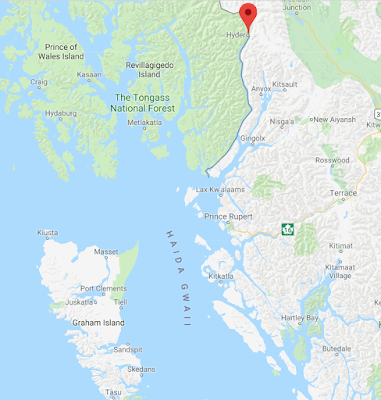 The memorandum of understanding that Eagle Spirit has signed is with a company called the Roanan Corporation, which appears to have a number of holdings in the mining industry in Alaska, as well as holding waterfront leasing rights in the state.

According to the Financial Post account, that memorandum of agreement between Eagle Spirit and Roanan was signed in early January.

A quick Google search of the company which has offices in Vancouver, as well as in the past in Washington state, provides for a number of items related to their mineral holdings and past engagements with the states of Washington and Alaska.

You can review more items of interest related to the Eagle Spirit plans from our archive page here.


To return to the most recent blog posting of the day, click here.
Posted by . at 3:16 PM

Email ThisBlogThis!Share to TwitterShare to FacebookShare to Pinterest
Labels: Hyder as Plan B for Eagle Spirit Energy