Regional District lays out their schedule and travel plans for 2018

The appointment calendar for members of the North Coast Regional District is filling up quickly, with members of the District Board having released their scheduling blue print for the year ahead.

When it comes to their monthly gatherings, Regional District has 11 Regular Board meetings set for 2018, leaving July as the only month where the Board will not meet.

The listing of Board meetings can be reviewed here.

In addition to those Regular Board Meetings, Regional District officials  have pencilled in three Special Board Budget meetings, as well as an additional five meetings set aside for the Northwest Regional Hospital Board.

The Regional District board also two Committee of the Whole Meetings and one Statutory Board meeting planned for this year.

Travel arrangements will also make for a good portion of the workload for Regional District Board for the year ahead.

In addition to Board meetings to be held in Port Clements and Oona River, Regional District representatives are set to attend three conventions for 2018. 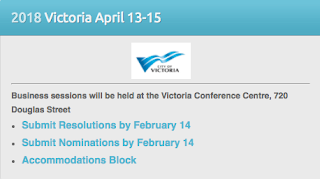 The first of the road trips comes up in April, when Regional District will send delegates to the Association of Vancouver Island and Coastal Communities Convention in Victoria, that event takes place from April 13 to 15.

The regions affiliation with that group is relatively new, with North Coast Regional District having joined the Victoria based organization in 2017.

Next up is trek to Northern British Columbia and the North Central Local Government Association gathering in Fort Nelson from May 7 to 10.   Those attending on behalf of the Regional district will be part of a large group of conventioneers, with NCLGA officials say that this years event is expected to be the largest convention in the organizations 63 year history.

The travel budget gets one more workout for 2018, when Regional District members head off to the annual get together of Municipal, Provincial and Federal officials at the Union of British Columbia Municipalities convention.  That one week event takes place September 10th to 14th  in Whistler.

The City of Prince Rupert will also be represented at two of those three events, with City Council usually sending representation to the NCLGA meetings and then a larger contingent of elected officials and staff members makes the journey to attend the UBCM event in the fall.

One note of interest form this years Regional District calendar, is that unlike the City of Prince Rupert which reduced its Council calendar to seventeen public meetings this year,  the Regional District Directors will continue to meet in their usual sessions of September and October.

Back in December, Prince Rupert City Council released their schedule for 2018, which indicated that there would be no Public City Council Sessions taking place from August 21st  through to November 4th.

Prince Rupert City  Council members have yet to explain, or even discuss in public session, why they have decided to eliminate the three Council sessions that normally make for the September to November period in question.


To return to the most recent blog posting of the day, click here.
Posted by . at 9:56 AM