BC Ferries is taking the final steps required to fulfill the recent direction from the Provincial Government to provide for more expansive Ferry service on a number of Coastal runs and for Prince Rupert that means an increase in service for two routes that depart and arrive from the Fairview Terminal.

According to an update from BC Ferries from yesterday, the additional service will be in effect system wide as of Monday, though the Northern launch has a few issues to sort out: 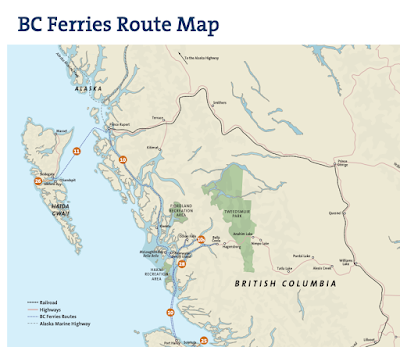 Looking further ahead towards the busy summer season, BC Ferries however had a bit of bad news for the North Coast, with vessel refit and recruitment plans preventing for the addition of more service at the start of the summer.

Towards addressing some of the travel concerns for the 2019 season the Ferry Corporation is investigating the possibility of extending the summer schedule further into the fall this year.

BC Ferries also notes that even more service increases are to be added to the Prince Rupert to Port Hardy run for 2020.

On Haida Gwaii, the planned service increase for the Alliford Bay - Skidegate route will be on hold for a little bit longer. The increase to the schedule means that BC Ferries must secure another full crew for each day, as the route will change from a 12 hour per day to a 16 hour per day operation.

BC Ferries notes that they have commenced with the process of recruitment and relocation plans for staff members, they will keep the local ferry advisory committee up to date on the progress of their plans to increase the service.

You can review more background on the announcement for all 10 of the routes set to see additional service as of April 1st here.

For more items of interest related to Ferry transportation on the North Coast see our archive page here.
Posted by . at 9:03 AM

Email ThisBlogThis!Share to TwitterShare to FacebookShare to Pinterest
Labels: BC Ferries service increases 2019