Liberal members on Justice Committee to Canadians ... nothing to see here, move along, move along


Another explosive day from the SNC-Lavalin files, as the majority Liberal membership of the Justice Committee hearings chose to shut down the discussion today, rather than to abide by a request from the Conservative and NDP members to invite former Attorney General and Minister of Justice Jody Wilson-Raybould back for another session of testimony.

The move this afternoon in Ottawa, defers until the next week, the opportunity to invite the British Columbia MP to return to the committee hearings, a bit of political wrangling which has the opposition calling out cover up as the controversial and very short (27 minutes in total) meeting of the committee wrapped up. 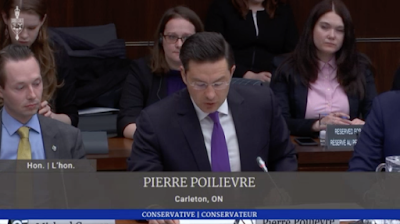 The motion to call for a return appearance of the former Justice Minister was issued by Conservative member Pierre Poilievre,  he requested that Ms. Wilson-Raybould be allowed to complete her testimony to the committee, directing his focus towards the period of her resignation from cabinet.

The Tory MP also called for a removal of what he called the 'gag order' that Poilievre suggested that the Prime Minister has issued towards the scope of her potential testimony.

As word came out of the committee room of the adjournment, Skeena-Bukley River MP Nathan Cullen was quick to call out the move by the Liberals. Referring to the move as a betrayal by the Prime Minister and his party that they would approach politics differently from the past.

The sentence that set Parliament Hill on fire today came from Liberal  Francis Drouin, an infrequent member of the committee  who stated "I propose that the committee now adjourn" 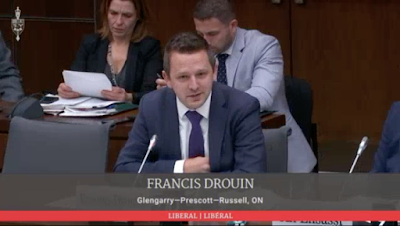 Despite a number of point of order calls and some fairly heated discussion from the committee members of the opposition; the motion to adjourn was taken to the panel, passing thanks to the Liberal majority on the committee.

From there everyone would be off to their respective television hits for the afternoon, with calls of cover up and shame, shame ringing through the committee room.

You can review the chaos of the end of the committee session from the ParlVu replay here, the decision to adjourn comes in the final three minutes of the broadcast.

We can check in on Tuesday, to see if the political stew has boiled over, or stuck to the pan.

The latest moves by the Liberals has once again returned the entire handling of the SNC-Laviln discussion to the top heat on the front boiler of the Parliament Hill stove.

Over the weekend the Canadian Government received notice from the Organization for Economic Co-operation and Development that the global body that watches over trade was taking notes and keeping up to date on the evolving story out of the National capital.

The key element of OECD interest in the developments from Ottawa, is Canada's commitment towards the Anti-Bribery convention.

As a Party to the Anti-Bribery Convention, Canada is fully committed to complying with the Convention, which requires prosecutorial independence in foreign bribery cases pursuant to Article 5.

In addition, political factors such as a country’s national economic interest and the identity of the alleged perpetrators must not influence foreign bribery investigations and prosecutions.

Like a growing number of Canadians, the OECD may not be too impressed with way that the Trudeau government is trying to change the channel of the discussion, basically taking on the theme that there's nothing to see ...

The story will no doubt be one of the large stories of the day coming out of the nations capital, you can catch up with all the notes from the media on the committee room drama later this evening through our Ottawa Observations feature  from our political blog D'Arcy McGee.

We update that archive of the day's talking points by 11 PM each night.

For more notes on the federal scene through a Northwest lens, see our House of Commons archive page here.

To return to the most recent blog posting of the day, click here.
Posted by . at 3:18 PM