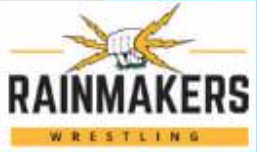 With the Senior Boys Rainmakers having created the buzz on basketball this week in Prince Rupert, their fellow athletes on the Charles Hays Wrestling team are looking to take advantage of all that interest to help raise some money for their program.

With the basketball world now set to turn its attention to the US college season wrap up of March Madness, the Rainmaker Wrestlers are hosting a Bracket Party on Sunday, March 17th at Seal Cove Pub starting at 5PM. 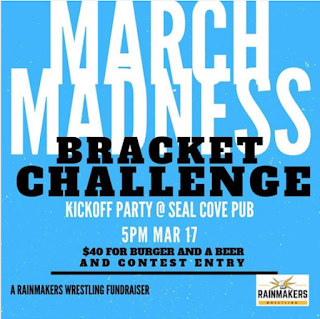 Hoops fans can pour over their depth charts to see which teams they believe will navigate the choppy waters of the NCAA tournament which will get underway next Tuesday with the Play In games and then on the 21st when the full four days of the First Round hit the court.

The tournament which continues through into April is one of the most popular sporting events in North America and one which spawns a large volume of office and sports teams pools, as casual basketball fans test their luck with those who follow the university game as though a religion.

The money raised as part of the local challenge, will be put to use towards the Rainmaker Wrestling program which is in its second year at Charles Hays.