Missed opportunities of the past, frame the Bill 10 discussion for Ellis Ross in the Legislature this week 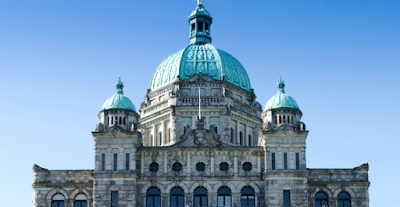 MLA's from all parties spoke to the theme of the NDP's Bill Ten this week, legislation that is designed to help push forward the LNG industry in the province by way of tax

As we outlined yesterday, Liberal MLA Todd Stone, a member of Christy Clark's Liberal government during the formative days of the LNG industry spoke to some of the past in his presentation this week, spending a fair portion of his presentation on the days of the Pacific Northwest LNG proposal and his travels through the region at the time.

Tuesday had seen the start of the debate and for the most part it was Andrew Weaver's show, the Leader of the Green Party, who is staunch opponent to any LNG policy, whether delivered by Liberal or NDP government, spoke at length about his concerns for the current direction that the NDP is taking towards the development of the industry in the province. 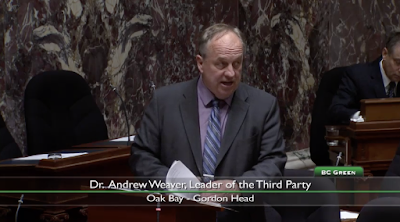 The LNG has long been one of Dr. Weaver's strongest debate topics during his time in the Legislature and his presentation recounted many of his previous themes and flagged a number of areas where he and his party take a very different path from the governing Liberals.

Tuesday also saw Skeena MLA Ellis Ross join the debate on Bill Ten starting his presentation with some focus on the past, noting how delays and backlash against development of the industry some of which he assigns to the now governing NDP, served to push British Columbia behind the development curve, ceding opportunity to the United States and other nations.

This is exactly why LNG got stalled, and this is why Kinder Morgan could get stalled: because of the misinformation, the propaganda machines and protests. Even NDPers showed up on protest lines. They signed anti-LNG petitions. I even asked a high-profile NDPer if they would come to Kitimat and actually distinguish between PNW in Prince Rupert and Kitimat. I didn't see that NDPer for another year. They would not support it, because in principle, they just did not support LNG.

The Hansard record shows this in a debate in 2015 in the summer session. I read those comments. Two weeks of debate. Some of the members are still sitting on that side the House. I heard the member, the Leader of the Green Party, mentioning all the hypocritical statements that were made. I read that in the record. You even read it in the newspapers.  You can still google it.

As has been outlined before, the Skeena MLA is fully supportive of the LNG Canada proposal for his riding and particularly towards the job creation that it will provide for the region and his home community of Kitamaat Village and for the Haisla Nation. 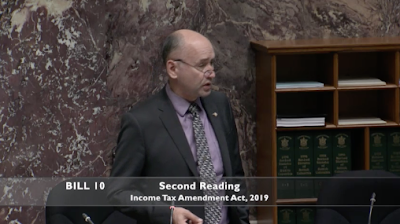 The Skeena MLA does however have some concerns with the way that the NDP is approaching their new legislation  and called for more transparency from the government in how it handling the LNG file in the province.

I still support LNG. I still do. It is the future of my riding, and it's the future of B.C. It's the future of Canada. In fact, I want to continue supporting LNG, but as an MLA, I also have a job do on behalf of my riding, and on behalf of British Columbians, for that matter. The large part of my job down here in Victoria is to hold the government accountable. For that, I will need to see details of the agreement signed between the NDP government and any major project developer as outlined in the legislation.

I do acknowledge the government's decision to repeal the LNG income tax. But I don't understand why the NDP government does not want to provide disclosure or transparency to this Legislature, to the people of B.C. I do not understand that. I do not understand why they want to repeal the legislation that forces them to bring agreements in detail to this House in the same manner that the PNW agreement was brought to this House in the summer of 2015. For two weeks, it was debated here.

Why do we not do this for the LNG Canada agreement? I also understand why this LNG income tax was put in, in the first place. It was to ensure that B.C. molecules for natural gas were actually used instead of Alberta natural gas or instead of Saskatchewan natural gas, because in the end, it means revenues. Now if you take away this income tax, I want to know from the government: what is the protection or assurances that B.C. LNG gas molecules will be used for the export to Asia?

The apparent change of direction on LNG from the governing NDP flowed through much of the Skeena MLA's presentation, who frequently noted the missed opportunities and time lost in the years previous.

It's politics. But given their true nature and the importance of LNG to B.C., why did they not consider the impact their statements would have on people like us living up in the north who are trying to revitalize our economies and trying to keep our families at home for work? This is on top of the efforts of First Nations who, for the first time, were equal players at the table with government and industry.

It's very discouraging to know that the people that were making these comments had no interest in what the people of the north were thinking or feeling at the time and didn't really care about northern communities like Kitimat or Terrace and what this would mean to us. An economy that was actually celebrating the modernization of an aluminum smelter — that was our claim to fame. That's what got us out of our stagnant economy.

So LNG, over the process of 14 years, was actually starting to become a reality. We could see the light at the end of the tunnel. Then we started to see the opposition to it in 2015, officially, in this House.

I still support LNG, but the details have to be verified. I still believe if there's a lot of members in this House that are going to vote on this in principle, why wasn't this principle developed five years ago? That first window of LNG opportunity could have been ours. It could have been B.C.'s.

Instead, we turned this over to the United States. We turned it over to Australia, to Qatar. Everybody took advantage of it, because they knew they had to strike while the iron was hot. Not B.C. Just because of the politics and misinformation. Louisiana. Instead, what we had was members of this House helping to shape a misinformed opinion of LNG in B.C.

The full presentation covers much more material from addressing poverty in the communities of the Northwest to carbon tax concerns, you can review the debate from the Legislature archive here, starting at the 1600 minute mark.

You can also view the days debate, which included extensive comments from the Green Party Leader Andrew Weaver from the Chamber Video for Tuesday afternoon.

For more items of note on the work of area MLA's at the Legislature see our archive pages below:

More notes related to the LNG Canada project can LNG in British Columbia can be found here.

Email ThisBlogThis!Share to TwitterShare to FacebookShare to Pinterest
Labels: Ellis Ross on LNG and Bill 10 in debate