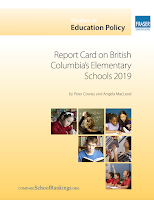 The annual Report Card from the Fraser Institute on the province's Elementary Schools was released today, a project that the Vancouver based organization says provides parents with a foundation towards determining a school's academic performance on a year to year basis.

The reports which do bring with them some controversy, make use of the Foundation Skills Assessment program in the schools to make their determinations on the level of success that is found in the schools.

That is a snapshot that many educators, administrators and BCTF officials suggest is not the best barometer  for a full understanding of the level of achievement found in the schools.

The findings from the report reviewed results in three categories Reading, Writing and Numeracy.

This years findings explored the findings from the elementary classrooms of the city's four public schools, as well as those of the City's Independent school Annunciation.

As it has in the past, Annunciation had higher end results for the community compared to those schools in SD52, with the Fifth Avenue West School increasing its results from last years review.

When it comes to the overall listings from the entire provincial study, Annunciation placed 88th out of the 955 schools, that were included in this years report. with a rating of 8.4 out of 10 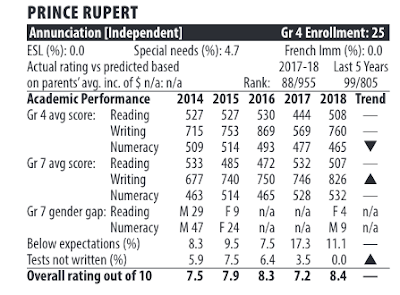 Of the four public schools of the Prince Rupert System, École Roosevelt Park School and Lax Keen found the top end of those listings, with both listed at 567th of the 955 rated at 5.6 out of 10 of the schools from this years report. 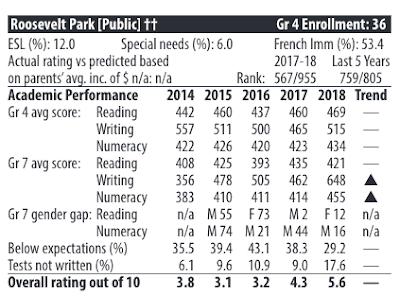 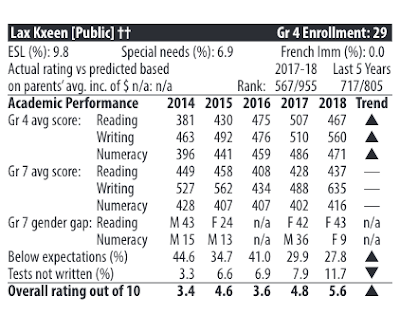 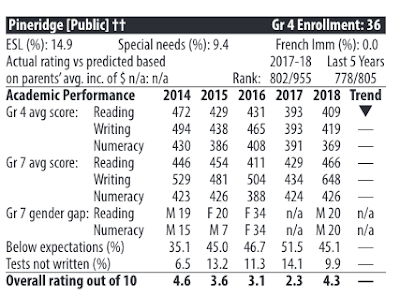 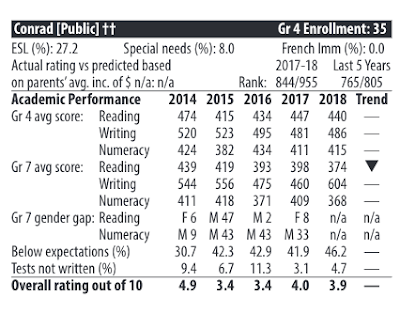 Some of the other data culled from the report offers a snapshot into the classroom make up at each of the schools of the city.

The level of special needs students found in each of the schools was as follows:


The full findings from the Fraser Institute report for all areas of the province can be reviewed here.

In the Northwest two schools Prince Rupert's Annunciation and Veritas in Terrace tied for the top listing for the region at 88 out of 955.

St. Joseph's in Smithers reached even loftier heights list at the 66th spot.

While province wide it was West Vancouver's Cedardale that topped the listings for the 2019 report.

The Fraser Institutes Secondary School report will come out later this spring.

Today's release of information has been countered by an information campaign from the British Columbia Teacher's Federation which calls the review one that is meaningless and misleading. 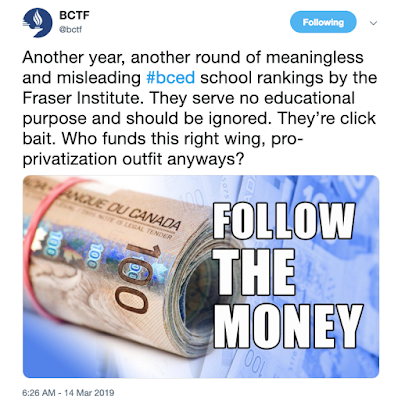 As we noted in the fall of last year, the BCTF renewed its call for the end of the FSA tests in the schools, seeking the assistance of parents and guardians of students to bring pressure to School District's to abandon the testing program.


For more notes related to education across the Northwest see our archive page here.

To return to the most recent blog posting of the day, click here.
Posted by . at 10:35 AM