March Madness to dominate sports discussion for the month 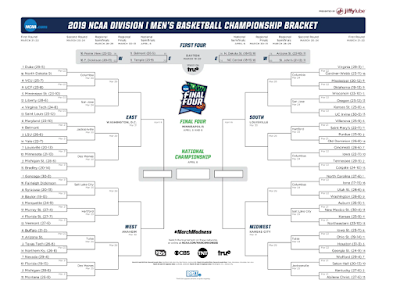 Today marked the start of one of the most followed of sports tournaments that there is,  as 64 teams began the path towards the Final Four and then the Final Two of the NCAA Basketball tournament known as March Madness.

From today through to the final game of April 9th in Minneapolis, the talk around your place of employment, study, or just the kitchen or TV room, could very well focus on how the favourites are faring; or perhaps to explore the surprise upset by a previously unknown college team that may just be the Big Story by the time April rolls around.

March Madness means Brackets, with both the devoted and casual fan of US college basketball making their picks as to the four teams that will successfully navigate their way to the Final weekend.

Locally, Brackets and Bracket Busting takes place in office pools and those of sports teams, with even the Charles Hays Wrestlers getting involved in this years event.

They are in good company, with former US President Barack Obama also sharing his bracketology for 2019, taking the tournament through April 9th where he believes Duke will be cutting the twine when all is said and done.

And while the popularity of March Madness already has a particularly  top status among sports fans in Prince Rupert, following the college game next year during the 2019-20 season will have some extra local presence.

That as Prince Rupert hoops fans follow along with the college career of Charles Hays Rainmaker Liam McChesney, who committed to Utah State in the fall of 2018.

Mr. McChesney's soon to be new team is tipping off in tournament play on Friday at 3:50 PM against the University of Washington Huskies, with both teams heading into March Madness with near similar records, with the Huskies at 26-8 the Aggies at 26-6.

Utah State is ranked eighth in their bracket which will play out of the Midwest Region through until the end of March. This marks the 21st time that the Utah State program has made it to Basketball's Big Dance.

No doubt the Charles Hays recruit, who just celebrated a BC High School Championship with the Rainmakers, will be hoping to see that Utah State record of achievement continue once he joins up with the Aggies over the summer. 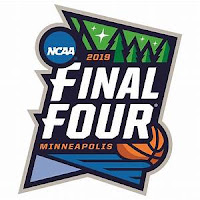 When you're not following the travels of Prince Rupert's newest favourite team from Utah, be watching for the success on the court for 19 Canadians who are taking part in March Madness this year.

The strong numbers once again providing an indication as to just how far Canadian basketball has come as more and more players fly the Maple leaf across the NCAA landscape.

Sportsnet has flagged 7 Canadians for particular attention, players who can have the kind of game that can turn a tournament around in minutes.

Games can be viewed through TSN and CBS from your cable or satellite providers.

For those that follow social media Twitter and #MarchMadness will be your destination of choice through until April for updates and background on the tournament.