Monday night, Councillor Barry Cunningham and his fellow Council members received the answer to his observation of the weekend on community engagement on the Budget process in Prince Rupert.

And with a low turnout of participants once again, this time for the second and final consultation, Council can for the most part follow through on his assumption we imagine.

Monday Night the Council members listened attentively as three members of the public provided some thoughts on how the City should spend the taxpayers money, covering off a number of areas from concerns over proposed salary increases, to the need for watershed rehabilitation, as well as a call to find a way to seek out some female consultation on issues of downtown development.

As was the case in the first consultation of March 11th, the City's Financial Officer Corinne Bomben provided a short overview of the Budget document and financial plan, with the evening then turned over to the public for comment.


Among the three to offer some feedback, was one returnee from earlier this month with Mr. Terry Sawka speaking to a range of themes.

For his first question he inquired as to how many new positions had been created at City Hall over the last four years, with the Mayor noting that he didn't have the count on those positions off the top of his head.

Ms. Bomben  then fielded the question to advise that three positions had been created at City Hall with seven city positions created overall in the four year period.

Mr. Sawka's contribution for the March 25th session also  included an observation as to the proposed salary increases proposed for Council members, suggesting that the 12,000 dollar increase for the Mayor and 6,000 for Council was too high.

Mr. Sawka, who has had some extensive experience with issues of Watson Island from his time with the PPWC, also explored a number of topics related to the old pulp mill site and the taxation issues that it delivered to the city over the years.

Among his themes a question as to whether there are any other properties in default of property taxes in Prince Rupert, the CFO observed that those are listed each year at the end of September during the Tax Sale process.

"Just like any other, after three years, any business or personal property, if there is no taxes paid then it is sold at Tax Sale in this room, once a year, it's the last Monday of September" -- City of PRince Rupert CFO responding to a question o taxes at Monday's Budget Consultation session

Mr. Sawka also inquired as to how the city directs the 400,000 dollars in Casino money that it receives, with Ms. Bomben noting how it is used towards the Community Grant process in the community.

Joe Lewis was the second speaker on the evening, he reviewed some of the infrastructure concerns that the city is faced with, he observed that he didn't think it was an appropriate time to reduce taxes.

For the remainder of his contribution he put much of his focus on the need for refurbishment of the trails of the Hays Creek and McClymont areas, advocating for better support for the Fish Hatchery and how Hays Creek needs a habitat restoration, asking that the city put aside some money to address that concern and to assist in improving the returns found in area creeks and streams. 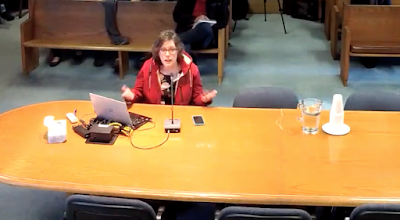 Kate Toye made for the final contribution to the Budget conversation, noting that the City has plans for redevelopment in the downtown area, she inquired as to the process the city will be putting in place for  Redesign Rupert and other initiatives.

She made note of a recent email she had forwarded to Council members and observed as to the all male status of the Council membership and suggested that any design work find a way to include a female perspective to any planning work.

"It's very apparent that our council is all male, and I would love to see a woman's voice included in the designing of downtown core. I sent an email to everybody from upstream and I hope you've had a chance to look at it, and it was a phenomenal survey that was taken; that if there was a curfew put on men, how a city would look different for women. And I think it would  be great to have that kind of a lens come into planning. I don't even think that's a budget matter, I think it's related to budget but i don't think it would come as a cost to the city to have that lens brought up."  -- Kate Toye speaking to Council Monday evening.

With no further contributions on the night, the Mayor brought an end to the Council session participation opportunity. 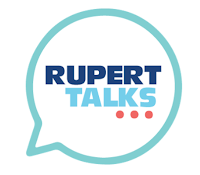 Members of the public have a few more days to offer commentary on the budget by way of the online forum of Rupert Talks, that city's information portal will continue to accept participation in that survey until March 29th.

You can learn more about what the survey involves from our notes of March 13th.

The Budget presentation and commentary from Monday evening is also available for viewing from the City's You Tube page, the process gets underway at the very start of the evening.