Earth Hour arrives Saturday, but will anyone remember to dim the lights? 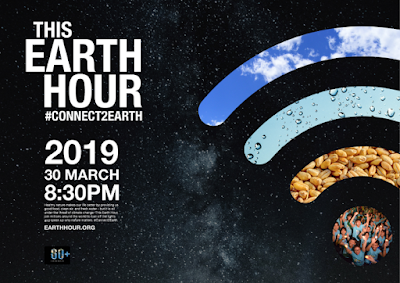 As it prepares to celebrate its twelfth anniversary, proponents of Earth Hour may be facing a bit of a lackadaisical reaction to the world wide quest to raise awareness to climate change and draw attention to the impact of it to wildlife across Canada and around the world.

The annual observation of Earth Hour is scheduled for tomorrow evening from 8:30 to 9:30 , with global participants preparing to power down for one hour to make their contribution towards sustainability, though if the results of last year an indication, the dedication is not what it once was.

In a report from BC Hydro prior to the 2018 edition, the hydro utility discovered that British Columbians still are inspired by Earth Hour, putting some of that inspiration towards turning off a light or two seems to be a bit of disconnect as the participation rate tumbled significantly from but five years ago.

A survey recently conducted for BC Hydro found that while 7 in 10 British Columbians say they are going to participate in Earth Hour 2018, actual participation has been on a steep decline in recent years. In 2008, the first year that Earth Hour went global (2008), British Columbia responded with enough lights turned off for one hour across the province to reduce B.C.’s total power use over 60 minutes by 2%. But on the tenth anniversary of the global event in 2017, B.C. reduced its consumption by just 0.3% (or just 15% of the savings in 2008).

The full review from BC Hydro makes for an interesting read into how British Columbians approach their conservation efforts and what they would like to see for the future.

For those looking to re-dedicate themselves towards sustainability initiatives, Saturday provides for the launching  point to get the British Columbia participation rate back up to the early days of the movement's success.

Hosted by the World Wildlife Fund, the Earth Hour website provides some background on history of the event, as well as some helpful hints on how you can expand the program in the community.


You can follow Earth Hour around the world through social media, with the Earth Hour twitter feed  and Facebook page just two options for the latest notes on how the hour is being recognized world wide.