We couldn't hear Finance Minister Bill Morneau deliver his budget on Tuesday in the House of Commons owing to the Opposition protest of the Liberal government's handling of the SNC-Lavalin mess.

(You Can read the text here however)

The working title for the pre-election budget was Investing in the Middle Class, with new spending to be put in  motion towards Employment training, Seniors Care, Housing and a range of programs and financial transfers planned for Indigenous communities across the country. 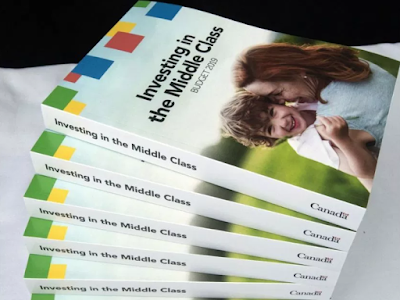 Investing in the Middle Class—To help more families find good places to live, Budget 2019 introduces the new First-Time Home Buyer Incentive and other measures to make housing more affordable across the country. With the new Canada Training Benefit, working Canadians will have the extra help they need to find and keep good jobs today—and tomorrow. And all Canadians will be healthier and better off with the steps Budget 2019 takes toward implementing national pharmacare.

Building a Better Canada—To keep our economy strong and growing, Budget 2019 invests in the infrastructure Canadians—and Canadian communities—need. Doubling the transfer to municipalities will help get more projects underway, creating more good, well-paying jobs and making our cities and towns better places to live. More affordable electricity bills, new support for zero-emission vehicles, and a new commitment to bring high-speed Internet to every Canadian home and business are all part of building a better country.

Advancing Reconciliation—Building on the progress achieved to date, the distinctions-based investments in Budget 2019 will help deliver clean water and better health care to Indigenous communities, advance self-determination and self-governance, and improve the quality of life for First Nations, Inuit, and Métis Nation people in Canada.

Delivering Real Change—Canada is a country defined by its values, and is at its best when everyone has real and fair chance at success. The investments in Budget 2019 will support artists and veterans; improve Canadians’ health, public safety, and access to justice; strengthen Canada’s role in the world; deliver better government; and make sure our tax system is fair for everyone.

Among some of the features of those four pillars, incentives for first time hone buyers, with would be home owners able to access a First Time Home buyer incentive to reduce the burden on accessing a mortgage.

Expansion of the Federal infrastructure plan continues to be a Liberal theme as it looks to mine voters in large urban communities, though the much promised National Infrastructure Bank still seems an elusive goal for the Trudeau Liberals. When it comes to Rural communities, their town and city councils will no doubt be exploring the Federal government plans for better internet connectivity for the future.

Redressing past wrongs and advancing Self-Determination will be the paths to follow when it comes to relations between the Federal Government and First Nations, with plans to forgive or reimburse loans to First Nation governments so as to allow them to reinvest in their local priorities.

And further investment in Health spending across the nation will mark the fourth of the pillars, though the final category seems to cover a vast range of themes in among the attachments to health issues, such as support for Supply Management, Electoral security and support for print journalism

When it does focus on health, the Federal government introduces a National Dementia Strategy, a Pan Canadian data base for Organ Donation and Transplantation expanding health related tax relief under GST or HST taxation programs, expanding supports for Canada's veterans is also a key portion of the health spending plan.

The Budget also has set the foundation for the delivery of a National  Pharmacare program, though that aspect of the budget features has yet to be fully explained (though we imagine it will be a theme for the fall election campaign)

There are many other directions for Federal spending and you can review how each of the four areas will see funding allocations put in motion from the Federal Budget overview here.

Skeena-Bulkley Valley's soon to be retiring MP Nathan Cullen put his early focus on the housing provisions, noting that the Liberal plan doesn't quite solve the issue of affordable housing for Canadians.

One thing that certainly caught the ears and eyes of municipal governments across the Northwest was the one time doubling of Gas Tax Fund revenues set to come the way of cities and towns across the region.

The Government's  doubling will be a helpful cash injection for a range of infrastructure projects that municipalities fund through the federal money transfer. 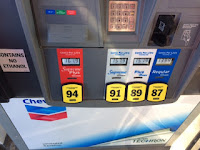 To give Northwest residents an example of the kind of funding to be doubled, here's a look at our breakdown on the Federal Gas Tax from August of last year.

The good news for the municipal governments is that the money tap on the gas fund transfers will flow as soon as the Budget is passed and receives Royal Assent which will make the money expected to be available as early as June.

Further notes on Federal politics and the Skeena-Bulkley Valley riding can be found from our House of Commons Archive page here.

For a much wider overview of Tuesday's budget speech from the Finance Minister see our political portal D'Arcy McGee, where our Ottawa Observations feature hosts a range of notes on the day's financial blue print.

To view the most recent blog posting of the day, click here.
Posted by . at 9:40 AM