As the province of British Columbia moves forward the process of transferring a parcel of land on the south side of Kaien Island along the Ridley Island Access road to the  Metlakatla First Nation, the Economic Development Corporation for Metlakatla is getting ready to move forward on plans for the land in question.

The land was included as part of the negotiations on LNG with area First Nations and became one of the key elements of an a agreement with the Liberal government of Christy Clark back in February of 2017.

The Metlakatla plans for the parcel of land include development of the 155 acres of the site with 80 acres considered suitable for a logistics and transportation project that will see three warehouses developed to service import logistic operations.

Those buildings are  to be leased to a third party distributor and will be introduced to the site as the tenants are secured, paving of aprons and development of office space is also included in the project planning. 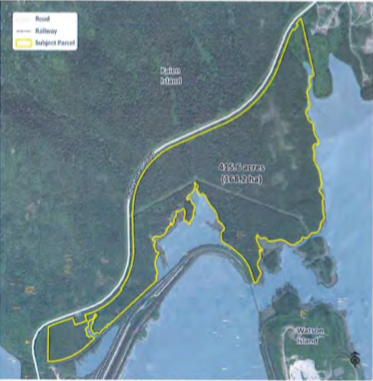 As part of the correspondence from the Province to the City, it's noted that Metlaktla is acting as the agent of the Province on the application for rezoning for the land in question. 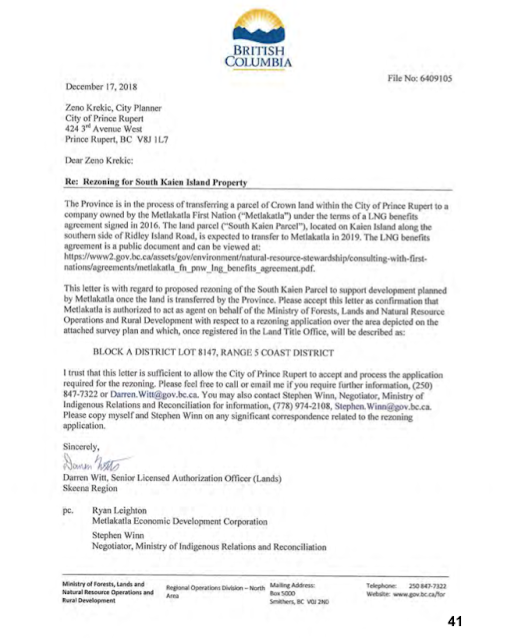 The Metlakatla Economic Development Corporation has also provided a prospectus of what their plans for the site along the Ridley Island Access road will look like, which you can access from page 37 of the Agenda Package for this evening's council session.

The parcel extends along the south side of the Access road, it covers the area to the west of the city's landfill site and carries along the roadway to just before the entrance to Ridley Island itself. 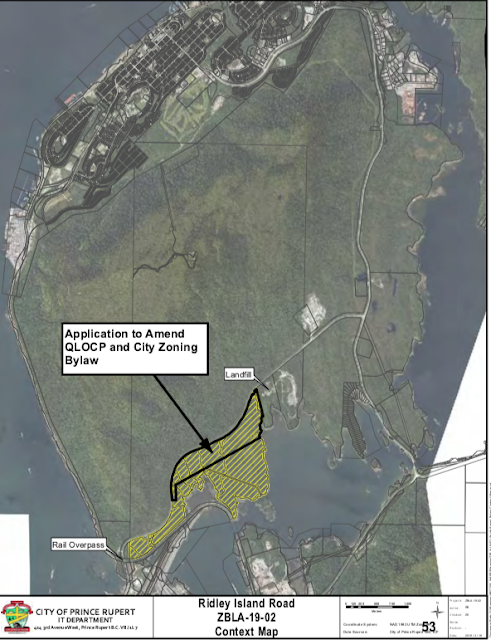 As part of their preview of the project, the report notes that the industrial development would be connected to the Fairview Container Terminal by the Port of Prince Rupert's now under construction roadway and how the Fairview/Ridley connector road offers additional opportunities for the remainder of the South Kaien Parcel in the future.

The Metlakatla proposal would make for the second logistical project to be introduced to the immediate area, with the City of Prince Rupert having created the Watson Intermodal Trade and  Logistics Park last year.

The recommendation for Council is to give first reading to the bylaws to put in motion the change to the current zoning of the land, as well as to instruct the Metlakatla Development Corporation to hold a community information meeting.

A wider overview of City Council discussion themes can be explored from our Council Discussion page.

For more notes from Metlakatla see our archive page here.


Update: With Metlakatla now moving forward with their plans, we have created an archive of past notes on the path towards development dating back to 2015

To return to the most recent blog posting of the day, click here.
Posted by . at 9:57 AM