The 2017 Remembrance Day Ceremony in Prince Rupert became a somewhat damp affair by the time the final member of the parade had marched away from the steps of the Courthouse, yet while the inclement elements accelerated through the course of the 45 minute ceremony, the majority of those Rupertites in attendance held their places along both sides of the Cenotaph walkway.

At precisely 10:45 the Captain Cook Sea Cadets Honour guard took up their positions around the Cenotaph, that as the parade worked its way from the staging area along 1st Avenue West to the Court House roadway.

With residents of the region assembled in front of the Court House as the 11 o'clock hour arrived, the singing of O Canada began the morning's commemoration of the fallen, as the Last Post sounded and the Benedictions were delivered, the Court House flag was lowered to its half staff position.

The annual laying of the wreaths began with a solemn moment, as Jarod Lamb, son of Mike Lamb the long time organizer of past Remembrance Day events made the first walk of remembrance on behalf of the Legion,  leading the assembled representatives to their duties of commemoration.

The Legion had asked the younger Mr. Lamb to represent and honour his father who had passed away last month as the final preparations for this years ceremony were being completed.

Among those that also made the walk down the Cenotaph walkway were Federal MP, Nathan Cullen, North Coast MLA Jennifer Rice and Mayor Lee Brain, representing the three levels of government.

The District of Port Edward was represented as well, with Mayor Dave MacDonald laying a wreath, along with members of the Port Edward Volunteer Fire Department.

The members of the Prince Rupert detachment of the RCMP, Prince Rupert Fire/Rescue Service, Department of Fisheries, Border Services, Canadian Coast Guard, Sea Cadets, Paramedics from the BC Ambulance Service, North Coast Search and Rescue volunteers, Canadian Rangers and area First Nations were among those who participated in the Prince Rupert Court House ceremony, with many representatives delivering wreaths, as did a long list of organizations, unions, and individual citizens.

As those delegations made their journey of Remembrance the wind picked up significantly, providing for a driving rain at times, which did serve to give some, though not many in attendance cause to drift away from the Court House lawn.

Still, as the final wreath was put in place and the band struck the final notes of God Save the Queen, a strong representation of the original participants was still in place, waiting as the official party and the parade took their exit from the 2017 ceremony. 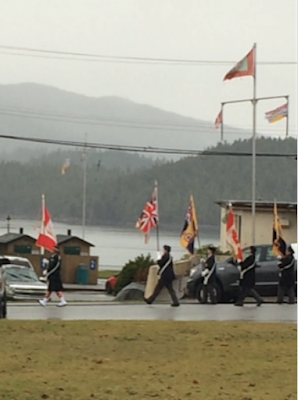 Best estimates of the crowd at its peak was towards 200 or so, maybe a shade above, the turnout this year perhaps affected by the arrival of Remembrance Day on a Saturday, with many in the community having left for the weekend.

The Prince Rupert event was just one of many that took place around the Northwest, with Port Edward also hosting their own Remembrance Day ceremony prior to the Prince Rupert ceremony. 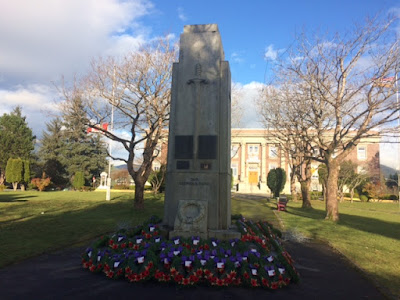 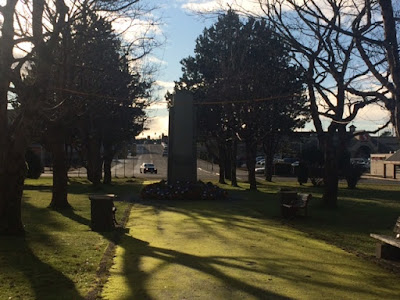 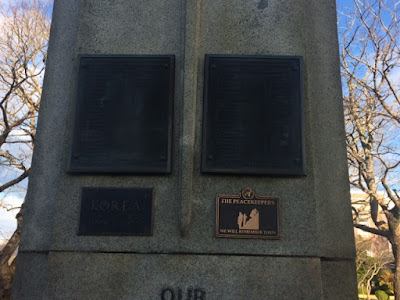 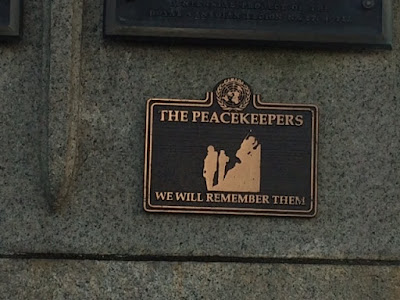 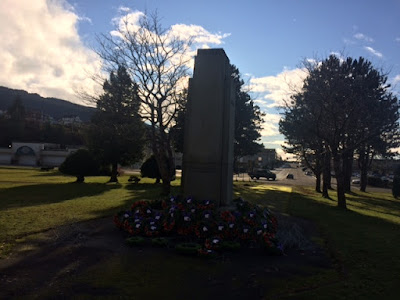 For some background on Remembrance Day we invite you to review our item from Friday that offers up a number of links to background information and video features.

Below, we highlight some of the accounts of those ceremonies from across the region, as well as some of the interesting features of note around Remembrance Day that the Northwest media has assembled for 2017.