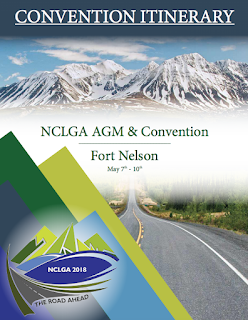 The Agenda is packed with issues and the trade show awaits as delegates to the North Central Local Government Association make their way to Fort Nelson for three days of convention in the provinces far north region.

The Annual gathering of representatives from the Northwest to the Northeast and as far south as the Cariboo is taking place in as far north as the delegates can travel in the province, as they settle in for four days of discussion, socializing and exploring the landscape just south of the Yukon border. 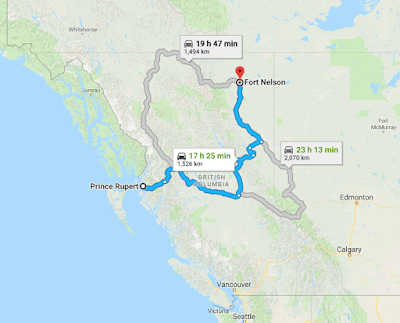 The NCLGA convention runs through until May 7th, with a range of panel discussions, roundtables and information sharing sessions set to explore shared interests among the representatives of communities that cover a vast tract of Northern BC.

Tuesday is exploration day for the delegates, offering delegates an opportunity to travel around the region and gain a better understanding of the issues for development and culture found across the Northern Rockies Regional Municipality and Fort Nelson First Nation.

Wednesday and Thursday make for the busiest of the four days and bring the Opening Ceremonies and Address from the UBCM President to gathering, along with the bulk of the actual conference work with sessions on Asset Management, Local Government Communications, Emergency Management  and Northern Development update to name a few of the many forums set for the day.

Delegates can also take in the trade show that is taking place during the convention.

You can review the four days ahead for municipal representatives from the Convention Itinerary here.

A look at the details of the  44 Resolutions they hope to work on is available here,

There do not appear to be any contributions to that process for the convention from the City of Prince Rupert, Port Edward or North Coast Regional District, however there will be some resolutions heard from the Northwest.

The City of Terrace, with three resolutions


Burns Lake has two resolutions for the conference


The District of Stewart will offer up a resolution on the priority funding of flood Prevention Capital projects.


Port Clements has a resolution related to cellular coverage for rural communities.

Neither Prince Rupert City Council, or North Coast Regional District offered up much in the way of notes from their most recent meetings as to what they hoped to achieve from the NCLGA sessions, including how many delegates each organization was planning to send as part of the North Coast attendance to this years event.

Some media items related to this weeks Fort Nelson event can be found below, we will update notes on the convention as the week moves forward:

For more items related to Discussion Points at Prince Rupert City Hall see our archive page here, as well an overview of the work of North Coast Regional District can be found here.

To return to the most recent blog posting of the day, click here.
Posted by . at 10:44 AM