Amid Trans Mountain woes ... Eagle Spirit plans get time in the spotlight 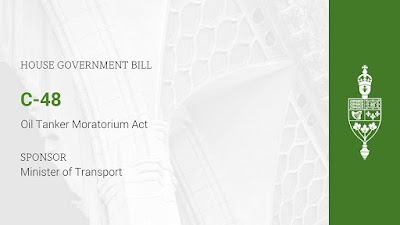 Proponents of the Eagle Spirit Energy pipeline across Northern BC  and an accompanying shipment terminal for Grassy Point at Lax Kw'alaams, had a pretty good weekend for spreading the word of their proposed project.

The pipeline and terminal initiative made for good copy as they say, with a number of news stories sharing word of the plans of Eagle Spirit Energy through to Sunday.

A good portion of the overview of the potential major investment in the North was framed in part by the Trans Mountain dispute, the latter making for some of the background to the growing interest in the First Nations led alternative option to get Alberta's resources to global markets.

The news flow started on Friday, as APTN reviewed an appearance in Ottawa by Lax Kw'alaams Mayor John Helin, with the Mayor of the First Nations community to the North of Prince Rupert in the capital, speaking out against the Tanker ban moratorium currently under discussion in Parliament.


Mayor Helin addressed the topic of the Oil Tanker Moratorium in Northern BC waters at a Parliament Hill press conference Friday, and offered up his disappointment in the federal legislation and his view  on the theme of lack of consultation to put it in place.

(The moratorium plan) "is imposing on us more hardship, without any consultation and when the Prime Minister talks about self determination, reconciliation and all those nice words that don't really translate on the ground to our community" -- Lax Kw'alaams Mayor John Helin in Ottawa last week speaking out against plans for an oil tanker moratorium in Northern BC waters

The Bill known as C-48 is currently in the process of third reading in the House of Commons.

The Tanker Ban Bill and Trans Mountain issues have both made for frequent notes as part of MP Nathan Cullen's Facebook page.

So far however, neither Mr. Cullen, nor North Coast MLA Jennifer Rice have made note of the concerns over the bill that have been expressed by Mayor Helin, and the theme of lack of consultation that he explored for APTN News. 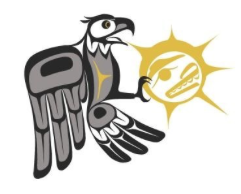 Mayor Helin, is the brother of Calvin Helin, the CEO of Eagle Spirit who has been championing the pipeline/terminal project for a number of years now.

A theme that has been getting more and more attention as the Trans Mountain pipeline drama plays out in southern British Columbia.

The Eagle Spirit plans gained some additional exposure on Friday thanks to the Globe and Mail's Brent Jang, who has been covering the story for a number of years now and provided for his latest contribution to the file.

Like a number of articles in recent months, it takes note of the new momentum in the wake of the Trans Mountain difficulties.

One other item from a full weekend of news coverage caught our eye as well.

That  from the CBC, with the public broadcaster sharing word of their discovery of the Eagle Spirit plan with a story on Saturday, that details some of the elements of the long running story, it opens with a sentence that sets the tone for how the CBC has uncovered the story ...

"You've likely never heard of the Eagle Spirit Energy pipeline, but for the past five years the project's leader has been quietly working on the plan to build the next pipeline across Northern B.C. "

Which of course regular readers of our blog might offer up the reply of.

In addition to our archive of notes on the Eagle Spirit, you can follow some of the background to the topic of Bill C-48 from our House of Commons archive page.

More items of interest from the nations capital can be explored through our political portal D'Arcy McGee.


To return to the most recent blog posting of the day, click here.
Posted by . at 10:03 AM