A patch of City owned land could soon be redeveloped into a community garden/green space, as residents of the Overlook area of the city, join up with Transition Prince Rupert to seek funding to further their plans to make use of the scrubland at the end of the east side road.

Transition Prince Rupert outlined the plan ahead through its website this week, providing some details on the project which will see raised beds installed for the gardens, observing that the project had been given the OK by the City. 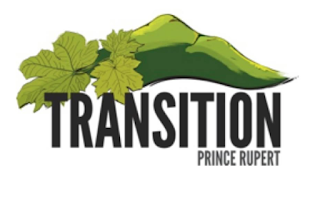 Transition Prince Rupert is also spreading the word that other areas of the city may wish to follow the lead of the Overlook residents, and if you have a project in mind, you should contact the to learn more about how they can provide assistance in gaining the funding to move your project ahead.

While it's always good to see community residents looking to take on projects in their own neighbourhood, the advisory that the City has given approval for the project is something that might raise a few questions however.

The topic of turning over city property to residents, or local community action groups such as Transition Prince Rupert, doesn't appear to have been much of a theme for Prince Rupert City Council to discuss in public session.

That's something that the Council members may wish to address in a future session, to clarify exactly what the city's position might be when it comes to making use of City land and what the process for residents may be, when it comes to accessing such land.

Transition Prince Rupert is one of a number of community groups that has taken access to city property for projects, with the McKay Street Park project their highest profile concept put into motion to this point.

The evolution of that project from concept to development of the first phase, never really made for much in the way of a review by City Council as it progressed, with few discussions by Council members as to the how the City views the distribution of its land for community use and what commitments the city will retain once a project is complete.

Residents that may wish to operate outside of the Transition Prince Rupert umbrella may also wish to know what the City is looking for from them, in order to take a share of the civic land for their own use, whether it is a community garden, or some other project that they would like to see in place in their neighbourhood.

More items of interest related to Community events can be found here, while a look back at past Council Discussion topics is available from our archive page here.

To return to the most recent blog posting of the day, click here.
Posted by . at 9:28 AM

Email ThisBlogThis!Share to TwitterShare to FacebookShare to Pinterest
Labels: Overlook plans for a community garden