Just in time for Summer vacation driving, Prince Rupert sees a sharp rise in the price at the pump 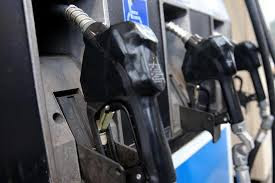 If you filled your car up on Monday, congratulations, you have won this week's Gas Price lottery, with a Tuesday replenishment of the tanks of the four Prince Rupert Gas stations also delivering a sharp increase at the pump, with a six cent jump from Monday to Tuesday afternoon.

A tour of the City's stations this morning shows a prince point of 155.9 at three of the four, with only the Industrial Park Petro Can still marking the 149.9 found at all city stations earlier this week. 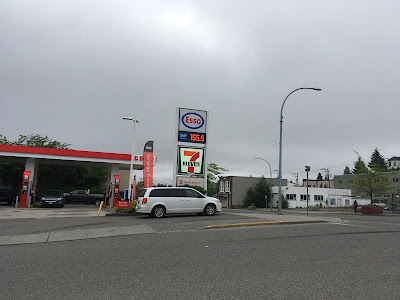 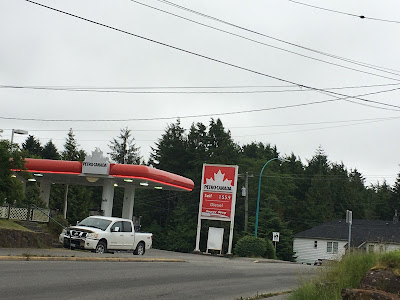 Only Petro Canada in the Industrial park has kept the price at the pump below the 1.50 per litre mark ... so far, but the day is still young! 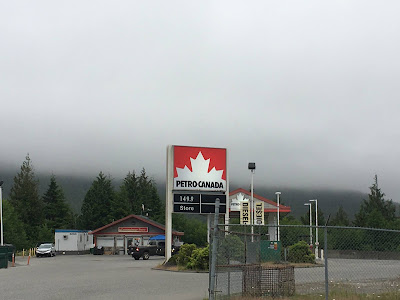 The jump in price is not just a Prince Rupert thing, the price of gas on the world market and at stations across the province has reached the highest point in the last few years.
As well rise heading into the summer is somewhat of an expected cost factor now, the price in years past has also seen a spike just ahead of the summer driving season, that attributed to rising levels of demand and changeovers at refineries related to winter driving blends for some jurisdictions.
For the short term, those looking to make what could be their first real summer vacation drive in over two years will have to budget accordingly for gas prices which can ebb and flow depending on where you are driving in the province during the week.
The Gas buddy tracking program notes of prices across BC, you can access it here.
So far Prince Rupert stands alone in the Northwest for the surge in pricing, something which should raise a few eyebrows and make for a few questions among local drivers as to the wide gulf in pricing in just a ninety minute drive west from Terrace.
Along Highway 16 the pricing indicates an average of $1.37 to $1.44 in Terrace, $1.37 to $1.44 in Smithers, $1.39 to $1.41 in Burns Lake and $1.35 to $1.41 in Prince George
More notes on past gas price increases and other themes of the commercial sector can be reviewed from our archive page here.